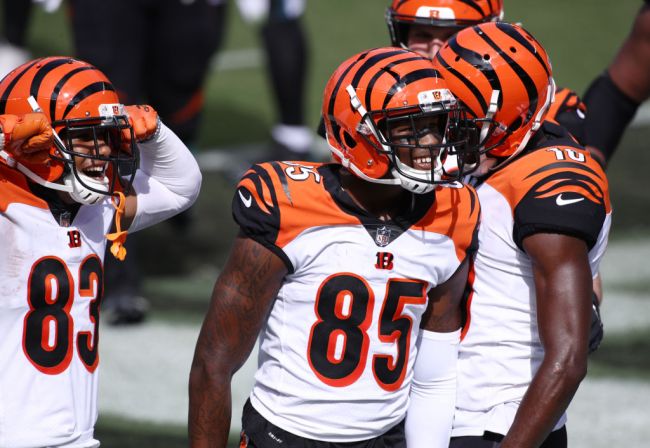 Welcome to Week 7 in the NFL. The injury bug was prevalent again this week as we continue to see more fantasy starters go down due to injuries. If unfortunately that applies to you, we’ll give you plenty of replacement options and other players you should look to add this week from the waiver wire.

It’s been confirmed that Miles Sanders is out for at least the Eagles’ Thursday matchup against the Giants. Although Scott didn’t put up impressive numbers in his Week 1 starting for an injured Sanders, he was the RB7 in Weeks 14-17 last year when he was in the same position. If you’re a Sanders owner or need a running back to stream, Scott is someone who should be a priority this week.

Since returning from an injury, Burton has seen at least five targets in three straight games. As Mo Alie-Cox deals with a knee injury, we could finally see Burton breakout after a disappointing few years in Chicago. He does have a bye this week, but he’s someone to stash if you can.

If by the graces of the fantasy gods Higgins is still on your waiver wire, it shouldn’t matter if you need a wide receiver, you should have him on your roster. The rookie has at least eight targets in four consecutive games and is becoming a trusted option for Joe Burrow.

Fulgham now has a touchdown in three straight games for a Philadelphia offense that’s beginning to improve. Although DeSean Jackson and Alshon Jeffery could return very soon, he’s played well enough to stay involved in this offense.

If you read my waiver wire columns last year, you know my affection towards Cole Beasley. From his time in Dallas to now in Buffalo, Beasley is someone to trust. He has at least six targets in five of six games this year and double-digit PPR performances in five straight.

Zach Ertz is expected to miss up to a month with a high-ankle sprain. Goedert is eligible to come off Injured Reserve this week and even when playing alongside Ertz he was fantasy relevant.

We thought Jerry Jeudy would be the guy to step up after the year-ending injury to Cortland Sutton, but it’s been Patrick that’s become the No. 1 receiver in Denver. He now has 257 receiving yards and two touchdowns over his last three games.

Smith is starting to get involved in the passing game by seeing five targets in back-to-back games while only seeing six total in the previous four games. He’s another one that will be on a bye in Week 7, if you have a roster spot you can afford, he’s someone to take a flyer on to see if that trend continues.

Antonio Gibson owners continue to be disappointed because McKissic continues to be a factor. In fact, McKissic currently has a 49.1% snap share which is better than Gibson’s 45.4%. McKissic is someone worth a roster spot, especially in deeper leagues.

In terms of yards from scrimmage, Perine saw his best game this year last week. Unfortunately in this mess of a Jets offense, Frank Gore and even Ty Johnson will eat into his touches. Perine is not a pick up and play right now, but he’s someone to stash until Adam Gase, or his inevitable replacement gives him the ball more.

Now we’ll get into the what if they miss the game portion. Joe Mixon suffered a foot injury last week versus the Colts, although he did return, he did not do anything. His status is worth monitoring this week, and Bernard has made an impact when he’s been on the field.

Jonnu Smith left early in the Titans win last week with an ankle sprain. Primarily used as a blocking tight end, Firsker stepped up with an 8/113/1 stat line. Smith’s status is worth watching, Firsker could be a viable streaming option if he were to miss time.

It has not been easy to predict the Ravens backfield. It could become slightly clearer if Mark Ingram were to miss time due to the ankle injury he suffered this past week. Baltimore is on bye so I would look to other options, but if Ingram we’re to miss time, we could see an increase in touches for either player in this run-heavy offense.