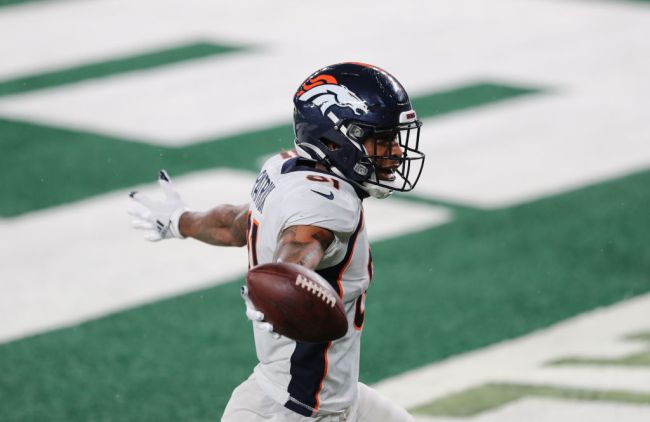 Welcome to Week 5. The fantasy gods only allowed us a week without major injuries. We saw again higher drafted, impactful fantasy players go down that will miss a significant amount of time, I tell you here who to pick up if those injuries impacted you and some other players that have began to string together some good performances. Here are the players you should look to add in Week 5 of the NFL season.

Tonyan is officially a thing. After his massive 6/98/3 effort last week, he now has five touchdowns in his last three games. Four of those touchdowns have come from inside the red-zone, the other was just outside at 21 yards. What this says is when they’re close to scoring, Aaaron Rodgers trusts Tonyan.

Note: He’s on a bye this week.

With Austin Eleker out of the lineup for multiple weeks, this will be Kelley and Jackson’s backfield in Los Angeles. It looks like Kelley will be the lead back, but Jackson will get opportunities. You first want to see if Kelley is available, if not, pick up Jackson.

Nick Chubb went down early in the Browns’ win over the Cowboys, giving us a full look at Johnson. Although Kareem Hunt was the running back who scored in the game, Johnson out-carried Hunt 13-11. Chubb will miss several weeks with an MCL injury, you should be trying to get Johnson.

Edmonds was able to do something that Kenyan Drake couldn’t this past week, score a touchdown. Drake suffered an injury and left the game, but he was unproductive before that and Edmonds was able to move on the ground and catch passes. With Drake’s injury and struggles this year, we could see Edmonds more involved in the upcoming weeks.

Harris came off injured reserve hours before kickoff and saw plenty of playing time on the Monday night against the Chiefs getting a season-high 17 carries. Even with the explosiveness that he showed, this is still a crowded backfield. Harris is someone you could pick up and possibly stash if you miss out on any of the aforementioned running backs.

The Bengals’ receiver has now seen the second-most targets on the team, 16, in the last two games. In an offense that will go heavy on the pass, he has become the No. 2 option for Joe Burrow.

The Jaguars love Shenault and are showing that they want him involved in this offense. He has lined up at the line of scrimmage and in the backfield and has a rushing attempt and a catch in each game this season. His 62.3% snap share is second on the team amongst wide receivers. Very good player to have as a flex option.

I’ve mentioned Cox repeatedly, but he’s still rostered in less than 50% of leagues. He now has a touchdown in two straight weeks and someone to add if you’re in need of a tight end.

Miller has back-to-back 83-yard performances and this week added a touchdown. He now has double-digit performances in three of his four games this year, and with Chris Godwin still week-to-week, Miller is going to be a big part of this offense.

Patrick was the highlight for the Broncos against the Jets where he led the team in targets, catches, and yards. With both K.J. Kamler and Noah Fant leaving the game due to injuries, this could give an opportunity to Patrick to continue the production if either were to miss time.