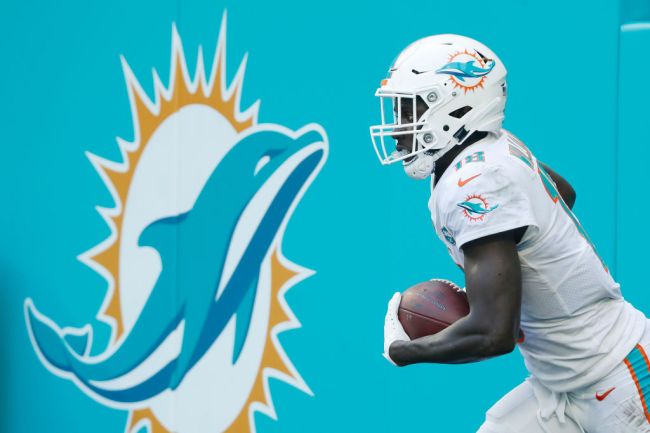 As we head toward the halfway point of the fantasy football regular season, it seems like the 2020 wide receiver class might be one of the best ever. We’ve mentioned quite a few of them already this year and we’ve added a few more this week. Here are the players you should look to add to your roster heading into Week 6.

Like pumpkin spice, it seems like every year we experience a Dalvin Cook injury. Mattison in relief excelled again with 23 rushes for 120 yards and added three catches for 24 yards. Mattinson has been in this role and showed you can plug him in and not worry. If you’re a Cook owner you need to have him as a handcuff.

Claypool ran a 4.42 at this year’s NFL combine and showed off that speed a couple of weeks ago on an 84-yard touchdown. This week the former Notre Dame star showed off his overall receiving skills by leading the team in targets, receptions, and receiving yards. With JuJu Smith-Schuster struggling and Diontae Johnson unable to stay on the field, Claypool could see more games like this.

Williams was having an incredible 2019 run before an ACL tear brought him down. The injury probably had something to do with his slow start, but it looks like he might be getting back to full strength. The Dolphins’ offense has shown in recent weeks that it’s not just going to roll over as they demolished the 49ers last week. With the way the team has been performing, there could be an opportunity for everyone to excel including Williams.

After missing back-to-back weeks with a hamstring injury, Ruggs came back strong in the Raiders’ win over the Chiefs. The man ran a 4.27 at the combine, so you know the speed is there, and if he can get the volume, we can see some big games coming.

I’ve mentioned Shenanult multiple times and I think this might be the last week he’ll be available. His role has increased every game and this week his stock soared. He led the team in targets and now has back-to-back double-digit PPR performances.

A former brand name in fantasy football, Cooks has struggled the last couple of seasons. The firing of Bill O’Brien re-invigorated this Texans team and just like that Cooks went from zero catches the previous week to eight with 161 receiving yards and a touchdown this past week. This could be the change him and the Houston offense needed to get going.

With the Eagles’ receiving core a complete mess with injuries, Fulgham was the main target for Carson Wentz this past week, and it was probably their best offensive performance so far this year. It should be noted that Alshon Jeffery and DeSean Jackson are trending towards a return in Week 6, which would hurt Fulgham’s value. He’s someone that could be a stash in deeper leagues.

Before his devastating injury, Dak Prescott was one of the best fantasy quarterbacks this season and led the league in passing yards. Dalton was a fantasy-relevant quarterback when he was with the Bengals, and with the offensive weapons he will inherit, he can be someone to stream in your lineup in deeper leagues.

In the first game without Austin Ekeler, it was Jackson that saw more carries and receptions than Joshua Kelley and did more with his opportunities. Neither back is going to dominate the touches, that’s just not how Anthony Lynn runs his offense, but both will have RB2 potential.