12 Players To Grab Off Of Waivers Heading Into Fantasy Football Week 8, What To Do After Patrick Mahomes’ Injury 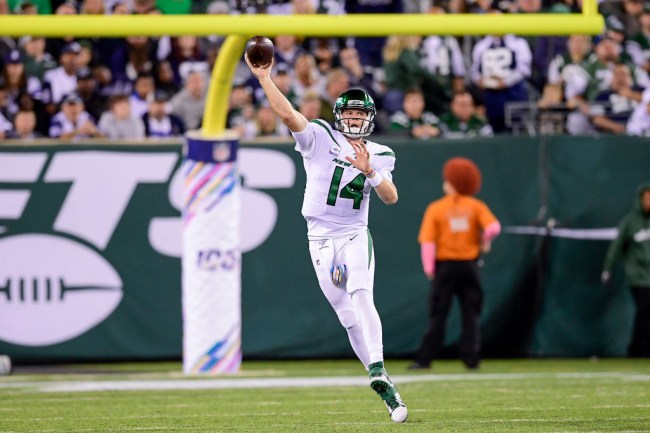 We are heading into Week 8. Some big fantasy stars won’t be on the field this week due to injuries that may be hurting your team, including one of the best quarterbacks in football.

I’ve got you covered on who you should be looking to add to your team this week.

David Johnson’s injury might be more severe than previously suspected. He saw just one carry before Chase Edmonds came in and took over. He proceeded to run all over the Giants with 150 rushing and three touchdowns.

If Johnson misses any more games, Edmonds has an opportunity to be a late fantasy breakout star.

The Rams tight end has seen double-digit targets in two of his last three games. He also has double-digit fantasy points in three of the previous four games.

With all the injuries to the Packers receiving core, if MVS can run the way he did on that 74-yard touchdown, he should see in increase in opportunities in the upcoming games.

If you are an Alvin Kamara owner, you should have Murray as your handcuff.

We’re not sure of the extent of Kamara’s ankle injury for the time being, but the Saints have a bye in Week 9, they could let him sit again just for precaution, so that means another workhorse day for Murray.

It looks like the Kenyan Drake days are in Miami might be over as Walton out-carried him 13-6 last week.

Yes, another Dolphin. Parker led the team with 10 targets against the Bills last week and has a receiving touchdown in three consecutive games.

Who Should You Pick Up If You Are A Patrick Mahomes Owner?

Mahomes will miss some time due to his knee injury. It has been projected it might be three games. Here are some quarterbacks with low owner percentages, along with their schedule the next three weeks that can be a viable replacement.

Do you believe in Fitzmagic? Fitz played well against a good defense in the Bills this past week. Miami is not good by any means, but they’ve played better in recent weeks. Fitz also has great flashes of games and might be on that next ride.

Minshew has played well in the absence of Nick Foles. He’s a great decision-maker with only two interceptions on the seasons and touchdowns in six of his seven games.

He can extend drives with his legs as well; he has at least 40 rushing yards in two of his last three games.

I would never have thought I’d be putting Kirk Cousins in this article, but with two consecutive games with four touchdowns and three with 300 passing yards, plus his upcoming schedule, he’s become a viable option.

Maybe it’s because he was going to be a backup before Andrew Luck’s retirement, but Brissett has not gotten much attention for how well he’s played this year. He’s thrown for multiple touchdowns in five of six games and has at least 15 fantasy points in six of seven.

The Bengals are not good as a team, but Dalton has been good as a fantasy quarterback this year. He has exceeded his projected point total in five of his seven games and has thrown 230 yards or more in six of seven.

With an NFL leading 41 passing attempts per-game, he gets plenty of opportunities to put up numbers.

Darnold came back from mono and had a great game against Dallas. After this tough game against New England, the next three games are great matchups. He also has the sixth easiest schedule for the remainder of the season; he’s someone you can rely on for a while.