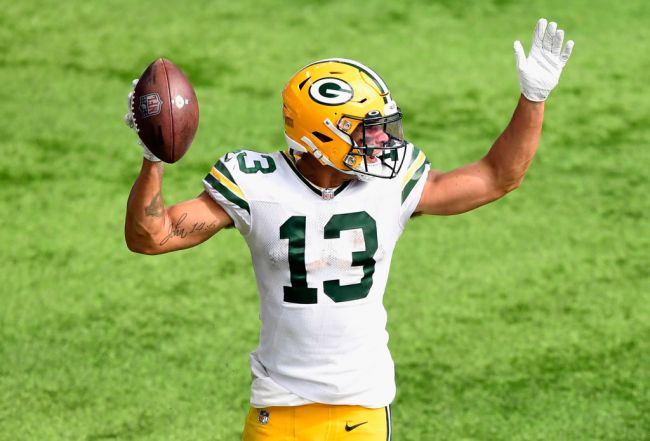 One thing I always tell people after Week 1, don’t dwell on the results. If you won, celebrate, and move on and get ready for next week. If you lost, the season isn’t over.

A championship is never won with the team you drafted. Underperforming, injuries (which we saw quite a few of) all play a factor here. Coordinating trades and working the waiver wire are keys to championships.

Let’s look at one of those aspects, here are some players you should be looking at on the waiver wire heading into Week 2.

RB Nhyheim Hines (Indianapolis Colts)
Hines will be the most sought after player on the first waiver wire of the year. Marlon Mack suffered an Achilles injury that finished his season. Hines only had seven carries, but he caught eight passes against Jacksonville, and Philip Rivers loves throwing to his backs. He’s a top priority this week if you need a running back, especially in a PPR league.

RB Malcolm Brown (Los Angeles Rams)
While it was Cam Akers who got the start, it was Brown who got the glory this week. Even as the No. 2, he ended up out-touching Akers 18-15, and saw the third down and goal-line touches.

Akers will continue to be the starter, but if Brown keeps getting goal-line opportunities, there’s value.

Malcolm Brown scores his second TD to put the @RamsNFL on top. #RamsHouse

RB Joshua Kelley (Los Angeles Chargers)
Austin Ekeler is still the lead back, but the rookie out of UCLA was impressive in his debut with 12 carries and 60 yards. Just like how Austin Ekeler and Melvin Gordon had standout alone value last year, the same situation could take place with Kelley.

RB James Robinson (Jacksonville Jaguars)
Robinson looks to be the outright starter in Jacksonville. He saw all 16 running back carries for 62 yards and added a reception for 28 yards. The undrafted rookie is someone to look out for.

WR Robby Anderson (Carolina Panthers)
Anderson was very much a big or bust receiver in New York, but what was different in his first game as a Panther was he was right behind DJ Moore in targets with eight. Anderson being reunited with his former college coach Matt Rhule, he knows how to utilize him. Playing on a team with a bad defense always means playing from behind and more target opportunities.

TE Dallas Goedert (Philadelphia Eagles)
This isn’t Goedert’s introduction into the waiver wire. Towards the end of last season, with a ton of injuries to the Eagles offense, he was very involved, and even with Zach Ertz in the lineup, he had value.

He out produced Ertz in Week 1, which won’t happen every week, but with the questions at wide receiver in Philadelphia, he and Ertz can coexist

TE Logan Thomas (Washington Football Team)
In the surprising win against Philadelphia, it was Thomas who led the team in targets and had their only touchdown through the air. The former college quarterback had some buzz during the summer and looks like he could hold some value.

WR Allen Lazard (Green Bay Packers)
Lazard was looked at as a late-round sleeper this year. His numbers do not jump out and he was out-produced by Marquez Valdes-Scantling, but Lazard played 26 more snaps. Davante Adams is still in Green Bay, but Lazard is going to be the No. 2 option.

WR Laviska Shenault Jr. (Jacksonville Jaguars)
His 3/37/1 won’t blow you away, but he was on the field during just over 60% of snaps. He lined up at wide receiver, and in the backfield, including in a wildcat formation. Jacksonville wants to utilize him and he has the potential to breakout.

WR Jalen Reagor (Philadelphia Eagles)
Another player whose stat line won’t jump out, but he’s worth watching. He was regularly blowing by Washington defenders and the one pass he managed to catch was big for 55 yards. There isn’t a standout receiver for the Eagles right now, so keep an eye on Reagor.