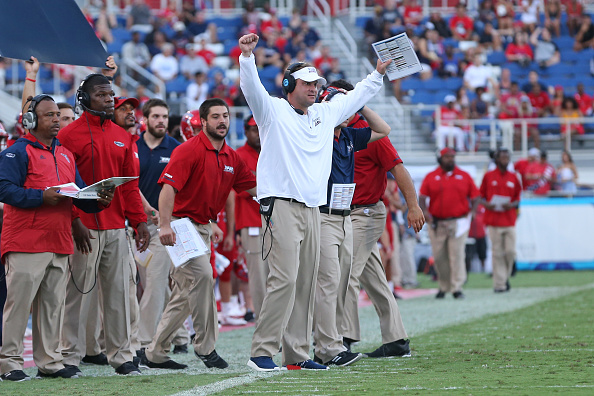 Oklahoma football is back! #Sooners win 63-14 over FAU. #OUDNA

After the game, FAU alumni sent a mass text to their fans claiming victory despite the loss.

Uh whoever is in charge of the text machine @FAU needs needs to pay attention to the game. 😂😂😂 #FAUvsOKLA #FAUvsOU pic.twitter.com/jwP9QsmLer

Here’s what the text read

A link then appeared taking followers to an FAU web page that read in part:

So I just got this text. Yes, let’s celebrate. Could this day get more embarrassing for FAU? pic.twitter.com/7NskZpv3Kx

Pretty terrible day to be an FAU fan.