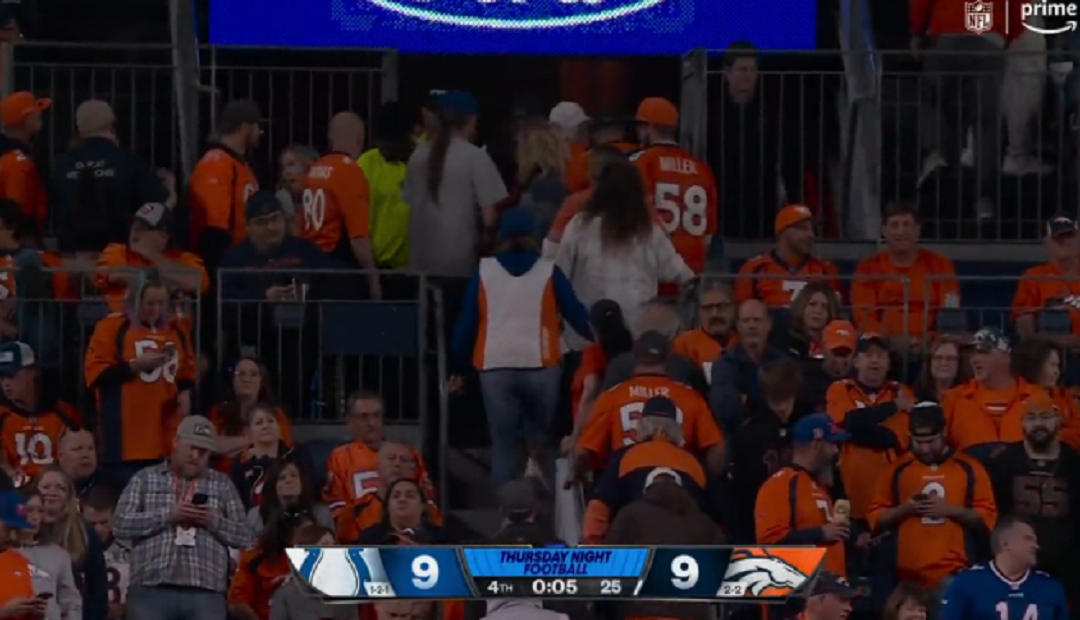 A strange scene unfolded before overtime of the Broncos-Colts game at Empower Field in Denver.

Late in the fourth quarter while up three points, Russell Wilson threw a terrible interception in the red zone.

The Colts were able to drive the ball up the field to kick a field goal to tie the game.

Instead of staying to watch overtime, dozens of Broncos fans straight up left the stadium.