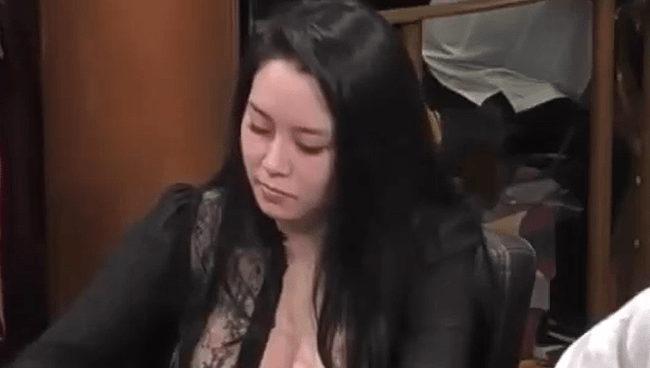 Sashimi, a popular Japanese poker player and YouTuber with an additional 20,000 fans on Instagram, caused quite a commotion online during her appearance on Hustler Casino Live this week.

On “Max Pain Monday,” during one of the show’s the live-streamed games, Sashimi appeared to have a major wardrobe malfunction.

Sashimi, who is a regular on the show and was wearing an extremely low-cut blouse, exposed herself to her opponents as she was moving her chips on the table.

Or, at least that’s what it looked like to everyone watching online and those in attendance at the game.

This apparently happened more than once during the game.

After the show, Sashimi revealed that it was all intentional. She was just trying to throw her male opponents off their game.

Reactions to her wardrobe malfunction and subsequent admission ranged from high praise to downright hatred.

This is an outrage! What episode is it?

“@HCLPokerShow is the greatest thing to ever happen to poker,” another viewer tweeted.

Welp it's official and final - @HCLPokerShow is a joke and just objectively awful... There is zero that can be done to fully rebuild credibility

“@HCLPokerShow, if you were a person, I’d call you classless (and a few other choice words),” someone else commented. “Do better. Pick female players for their poker savvy, not their breasts. And all you guys commenting on this – classless.

After the stunt by Sashimi, Hustler Casino Live co-owner Ryan Feldman was forced to defend himself and his show.

IMO we have a done a ton to grow the game & get lots of eyeballs. We bring in influencers, athletes, musicians, YouTubers, etc. We want poker to be bigger.

In hindsight I wish I knew what sashimi was doing & that THAT might happen. Didn’t know til it happened. I wish I vetoed it

He added in another tweet, “Most people will find it entertaining and innocent, even though it might be in bad taste and def unnecessary. Didn’t know in advance what was going on and that could happen. But not sure it’s that big a deal. Either way, we care a ton about poker and want to grow it a lot.”

They certainly got the sport a lot of attention. Whether it was good attention or bad depends on your perspective it seems.