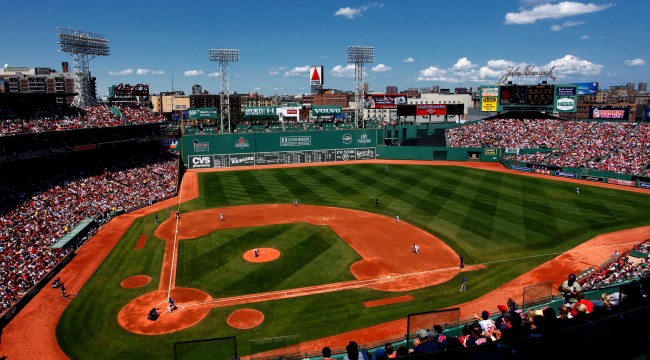 Have you ever seen one of those cats that don’t have any hair on them? They just don’t look right, do they? It’s like your brain can’t properly compute an animal that is supposed to have fur on it and it messes with your head.

Well, I am getting the exact same feeling when I look at the home of the Boston Red Sox for the past 107 years, Fenway Park, missing absolutely all of its grass.

Apparently, the Red Sox are installing a new drainage system and will be putting in a new field, which 100 percent makes sense and I am sure it’s something that happens more often than I realize at Major League Baseball stadiums, it just… looks… so odd.

No grass at Fenway. Sox are replacing the drainage system and putting in a new field. pic.twitter.com/DarM8YmhZb

Back in March of 2019, the Red Sox did the same thing after the field was abused by the World Series, a football game, and a Red Bull Crashed Ice event were held from late fall through the winter.

The Red Sox will surely have to repair the field and perhaps replace the grass again in the spring following the December debut of the Fenway Bowl between teams from the American Athletic Conference and the Atlantic Coast Conference, but still, seeing the park sans grass is a little bit jarring.

It looks strange. The green grass is one of the things that makes Fenway awesome

Did Fenway park just flash me ?

That’s what I said!!

Heck of a sandlot!

I'd pay to watch them play on this