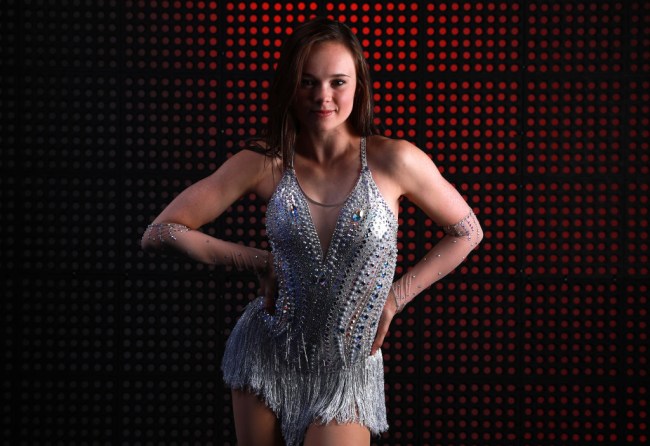 There are reports that an accomplished figure skater purposely injured her rival right before they competed in a big figure skating event. Sound familiar? No, this isn’t a story from 1994. This is the alleged events that happened this week.

We take you to Saitama, Japan, where there was an alleged attack by one of the competitors in this week’s ISU World Figure Skating Championships. American Mariah Bell kicked the leg of her South Korean rival Lim Eun-soo on Wednesday according to Lim’s management agency. The alleged assault by the 22-year-old Bell slashed Lim’s leg open.

The alleged attack happened during a warm-up while the two skaters were rehearsing before the women’s short program. Lim required medical attention after the incident.

“Lim was slowly skating on the edge of the rink after completing her turn,” Lim’s agent told Agence France-Presse. “Mariah Bell, who was scheduled to rehearse after Lim, suddenly kicked and stabbed Lim’s calf with her skate blades.”

“Mariah Bell didn’t apologize to Lim Eun-soo after the incident and instead continued to rehearse for her routine,” the representative claims. “We believe this is not a minor situation that can happen in an official rehearsal.”

Lim, who was skating in her first senior world championships, was seen wearing a bandage on her leg during the World Figure Skating Championships.

Lim seemed unaffected by the incident and skated to a personal best of 72.91 points, good enough for fifth place. Meanwhile, Bell notched sixth place in the short skate event with a score of 71.25 points.

Coincidentally, Lim and Bell both train under coach Rafael Arutyunyan in Los Angeles. The South Korean skater’s management claims Bell has been “bullying Lim for months.”

Eun-soo’s team filed a formal complaint regarding the incident. The International Skating Union launched an investigation to the attack claims on Thursday. The ISU officials said that it would be “difficult to prove” that Bell purposely assaulted the fellow figure skater. “Based on the evidence at hand at this point in time, which includes a video, there is no evidence that Ms. Bell intended any harm to Ms. Lim,” the ISU said.

“The ISU met with delegates from both USA and Korea and urged both parties to find an amicable solution,” the Union said. “The ISU maintains that this remains the appropriate approach.”

This incident reminds us all of the infamous attack of Nancy Kerrigan orchestrated by her rival Tonya Harding before the U.S. Figure Skating Championship (Jeff Gillooly is still one of the best goon names of all-time). Make fun all you want, but figure skating will get you cut. Can’t say that about baseball or basketball.