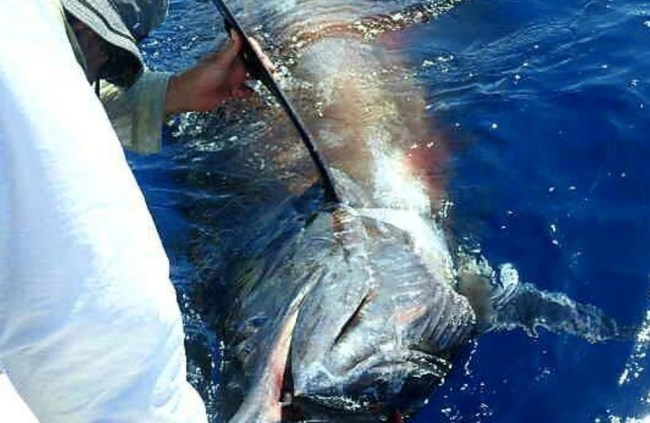 It took just over six weeks into 2017 before the first ‘grander’ blue marlin was caught anywhere on the planet. A ‘grander‘ is any marlin weighing over 1,000-pounds, and more often than not granders are blue marlin, though black marlin also grow to that size.

The first grander of 2017 weighed an estimated 1,245-pounds and it was caught in Cape Vidal, South Africa by captain Roberto Fierro aboard the Eye-Tie, and the angler who reeled in this gargantuan blue marlin is Bully de Ricqueberg. 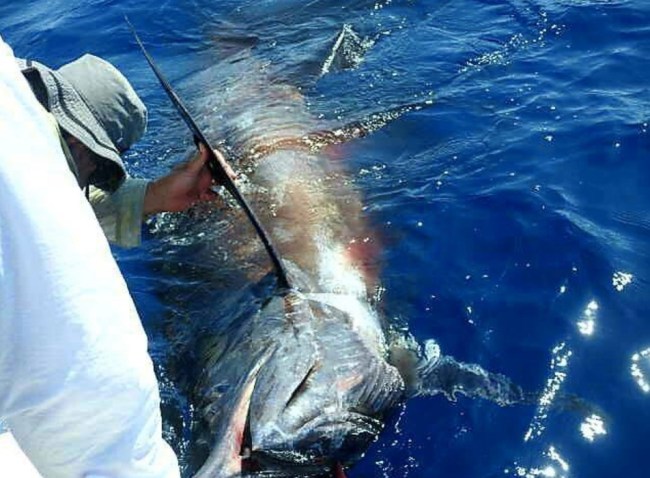 The circumstances surrounding the first grander catch of the year are unorthodox, to say the least. Firstly, this massive fish was actually dead upon surfacing, it died at some point during the fight, likely due to exhaustion. Secondly, the crew aboard the Eye-Tie was fishing in a tournament and would’ve been automatically disqualified had they boated this fish so it would’ve almost certainly been released. Lastly, anglers aren’t allowed to keep blue marlin in those waters so they would’ve also been fined by local authorities had they taken the fish alive. 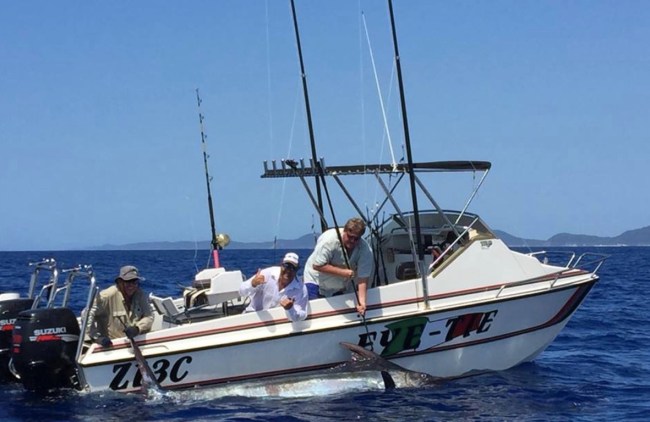 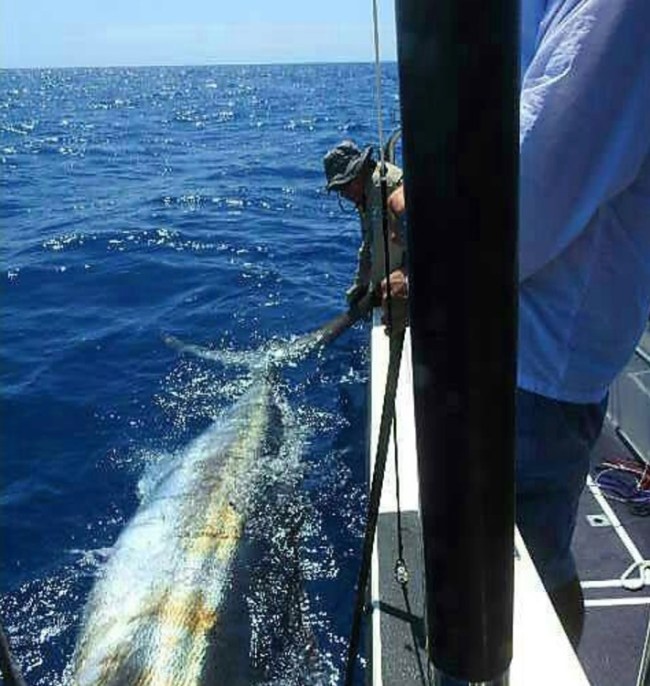 The first grander last year (2016) was caught by Capt. Randy Hodgekiss fishing aboard the Dreamin’ On in Cape Verdes, and that fish weighed in at 1,290 lbs, and the second grander of 2016 wasn’t caught until July. So it looks like the sportfishing industry is getting a jump big game fishing this year.

RELATED: The 13th Largest Marlin EVER Landed In The Atlantic Was Just Caught, Weighing 1,234-Pounds This Thing’s A DINOSAUR