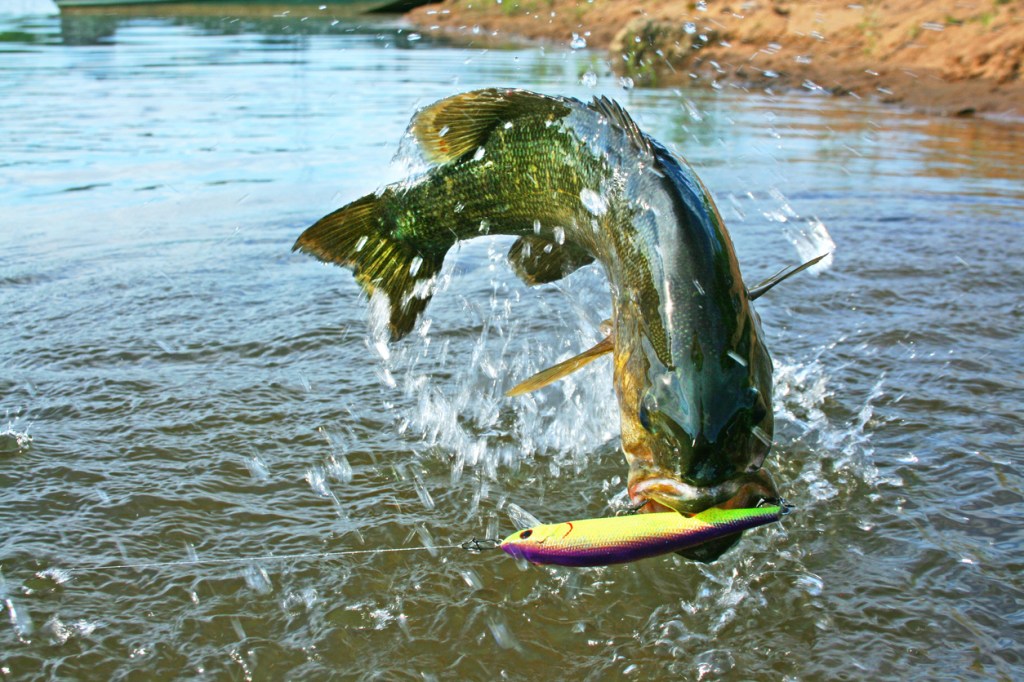 A Texas angler is reportedly about to be the proud owner of a new IGFA fishing world record and it’s for a species of fish most people have never heard about. The Meanmouth Bass is a rare hybrid that results between a Largemouth Bass and a Smallmouth Bass.

To my knowledge, I’ve never caught a Meanmouth Bass. I have fished for Largemouth Bass my entire life down in Florida and some in Upstate New York but I primarily target Smallmouth Bass and Brook Trout up there.

This pending new fishing world record was caught by Texas bass guide Wyatt Frankens, according to Outdoor Life. He was fishing the O.H. Ivie Reservoir which is a reservoir on the Colorado and Concho Rivers on the eastern edge of West Texas.

The 7.60-pound Meanmouth Bass was caught on March 1st. Wyatt turned his catch over to a biologist at Texas Parks & Wildlife after catching it who later confirmed that it was a rare hybrid fish. It was at that point the fish became the Texas state record Meanmouth Bass.

Fishing records are falling in Texas. This 876-pound Bluefin Tuna just broke a 36-year state record there a few weeks ago.

Here is Wyatt with his new record fish back on March 1st. At the time, the fish was believed to be a smallmouth and not a hybrid bass:

That caption reads “At a loss for words…. I just caught the pending smallmouth lake record at O.H. Ivie!! She was 23 inches long, had a 17 1/2 inch girth, and weighed 7.60lbs on a certified scale! An absolute beast of a smallmouth!”

Little did he know then he was actually in possession of a world record Meanmouth Bass.

From there, Wyatt submitted his paperwork to the IGFA who certifies all fishing world records, according to Outdoor Life.

That OL article states that hybrid Meanmouth Bass was developed in Illinois back in the 1960s and have been stocked in some lakes but not this one. It’s incredibly rare for them to naturally exist in the wild but it can happen, obviously.

Wyatt is a bass fishing guide in Texas. If you’re looking to catch some fish in that area you can check out his Facebook page here.