Sure Looks Like Floyd Mayweather Vs. Conor McGregor Part 2 Is Happening A Lot Sooner Than Expected 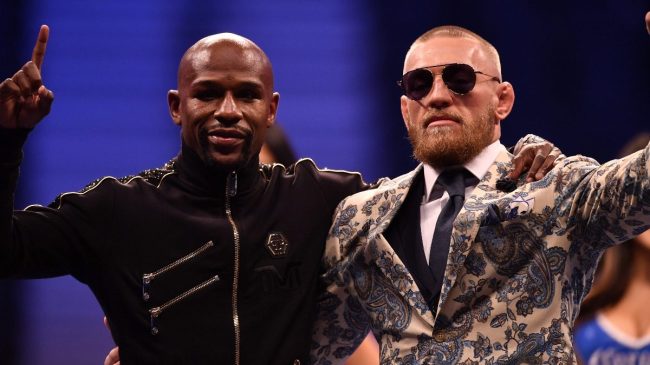 It sure sounds like the boxing and MMA worlds are going to clash once again. Floyd Mayweather and Conor McGregor fought back in 2017. It was one of the most highly anticipated matchups in fighting history. Now, it appears as though we may get part two between the two fighting titans.

According to Daily Mail, “Floyd Mayweather has confirmed [that] a 2023 rematch with Conor McGregor is in the pipeline.” No date is confirmed just yet. However, with this confirmation from Mayweather himself, we can expect a boxing match between these two to happen some time next year.

So, there you have it. Once they finalize a decision on whether it will be an exhibition or professional match, we should get news on an official fight announcement.

The last time these two went at it, Floyd Mayweather won by TKO in the 10th round. Conor McGregor put up a valiant effort, considering he’s an MMA artist and not a boxer. Regardless, the two have speculated a rematch, as there is plenty of money to be made in doing so.