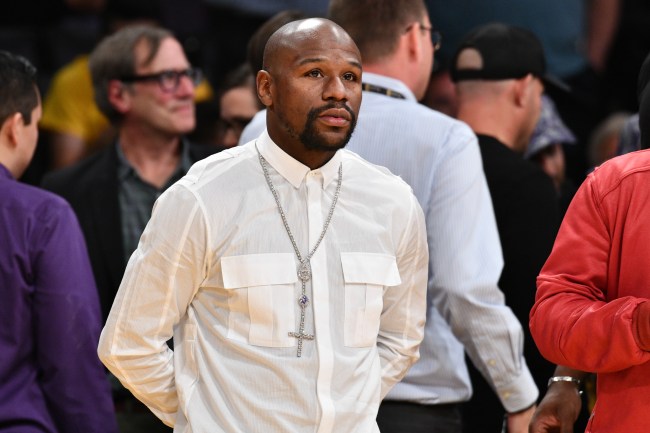 Chauvin has since been arrested and charged with third-degree murder, while the officers who witnessed the killing of Floyd have yet to be charged as accomplices. Floyd’s tragic death has sparked outrage across the U.S. and protests have now popped up all over the country with people demanding justice to be served.

Many athletes and celebrities have come forward to show support for the protests and boxer Floyd Mayweather wants to help the cause.

According to a report from Hollywood Unlocked, Mayweather has offered to pay for four of George’s upcoming funeral services that will take in place in different cities.

While speaking with Hollywood Unlocked CEO Jason Lee during a private conversation, Mayweather shared that he was distraught after learning the minimal charge former officer Chauvin received for killing George — just third-degree murder and manslaughter.

He told Jason that he was in a group chat with Anzel Jennings, the CEO of TMT music label, who shared that he actually grew up with George in Houston. Following their conversion, Jennings reached out to the family on Mayweather’s behalf.

The 43-year-old star felt compelled to do something so he committed to paying for the three funeral services in Houston, George’s hometown – Minnesota and Charlotte. The family is also looking to have a fourth service in another location. Mayweather has also offered to take care of those expenses as well.

TMZ has since confirmed that Mayweather has been in contact with the Floyd family.

TMZ Sports has confirmed … Mayweather is offering to finance all 4 services for Floyd in Houston, Minnesota, Charlotte and another location to be named at a later date.

We’re told Mayweather felt it was the right thing to do after learning Anzel Jennings — CEO of the TMT music label — grew up with George.

Mayweather’s people added … Floyd is just doing what he feels is right in his heart.