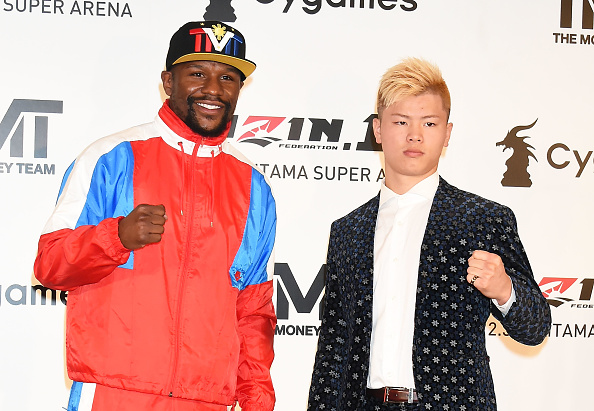 Two months ago when Floyd Mayweather announced that he was fighting Japanese Kickboxer Tenshin Nasukawa in a boxing exhibition not many knew what to make of it.

Early this morning, Mayweather made light work of Tenshin and absolutely destroyed the japanese kickboxer by knocking him down three times in the first round of their fight. Eventually Tenshin’s corner decided to throw in the towel before he received more punishment from Mayweather.

Floyd Mayweather just got paid millions of dollars to destroy Tenshin in less than a round. The greatest businessman in history. #Rizin14 pic.twitter.com/a5rzupGaJq

After the end of the fight Tenshin was seen crying in his corner.

Mayweather got paid $9 million for the fight and it’s probably the easiest money he’s ever made in his life.

"It was supposed to be an exhibition."