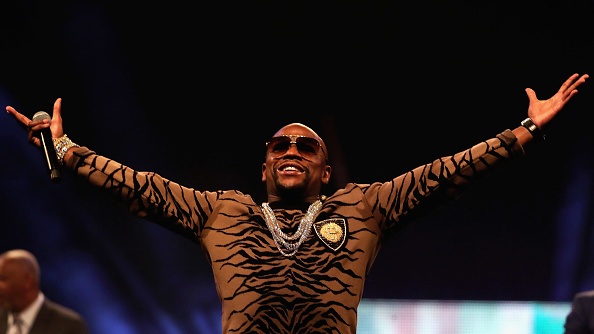 Tonight undefeated boxer Floyd Mayweather, who has been teasing a fight with UFC star Khabib Nurmagomedov, stunned the sports world when he announced that he was fighting 20-year-old undefeated kickboxer Tenshin Nasukawa In Japanese MMA Organization Rizin.

Yes, this is happening. pic.twitter.com/n4OHW7oD9l

It’s not clear whether the fight will be a boxing match, an MMA fight or some other combat sport. The promoters said they were still working on the specific rule set.

Regarding the rules and weight, Rizin chairman Nobuyuki Sakakibara said “we still have some more work ahead of us.” Everyone I’ve talked to said they’d be shocked if it’s MMA.

Tenshin appears to be a badass from his highlights video.

For those that don’t know, Tenshin Nasukawa is a legit, undefeated 20-year-old phenom. He just beat MMA fighter KyojI Horiguchi in a kickboxing match. He just said he doesn’t know the rules either.