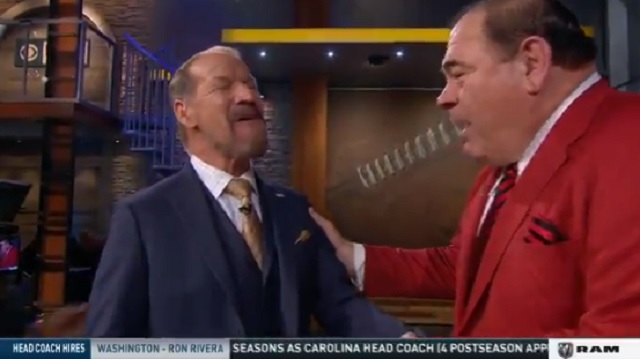 Former head coach of the Pittsburgh Steelers, Bill Cowher, is the first member of the Pro Football Hall of Fame Centennial Class of 2020.

An emotional Cowher learned that he was the first to be inducted into the Hall as part of the Centennial Class on Saturday before the Tennessee Titans-Baltimore Ravens Divisional Round playoff game.

Breaking: Former @steelers head coach @CowherCBS has been elected to the Hall of Fame as a member of the Class of 2020. #PFHOF20

Cowher was extremely emotional when he was told he was entering the Hall-Of-Fame.

"I don't think it's hit me yet." @CowherCBS reflects on his journey to becoming a member of the @ProFootballHOF. #PFHOF20 pic.twitter.com/IZfT1G1P9K

Bill Cowher with some shoutouts, including Bill Belichick! #GoPats pic.twitter.com/7sGBywINV3