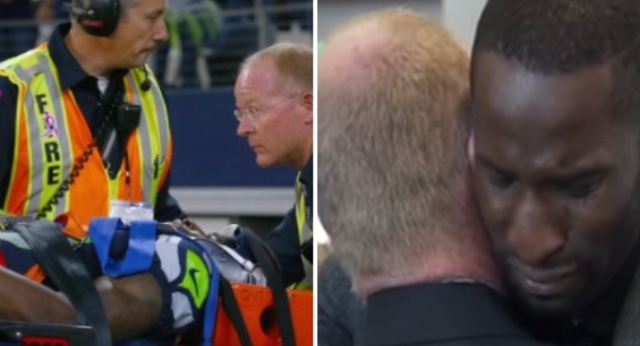 Back in 2015, former Seahawks wide receiver Ricardo Lockette suffered a scary career-ending neck injury during against the Dallas Cowboys.

UPDATE: Ricardo Lockette has a concussion but has full movement in all his extremities. pic.twitter.com/NZLI6scsZT

While speaking at the Washington Fire Chiefs Conference in Spokane on Wednesday, Lockette got a surprise when the two paramedics, Deputy Chief Gerald Randall and Engineer Paramedic John Robertson, who treated him at the game were in attendance

An emotional Lockette thanked both the men who saved his life while tears of joy ran down his face.