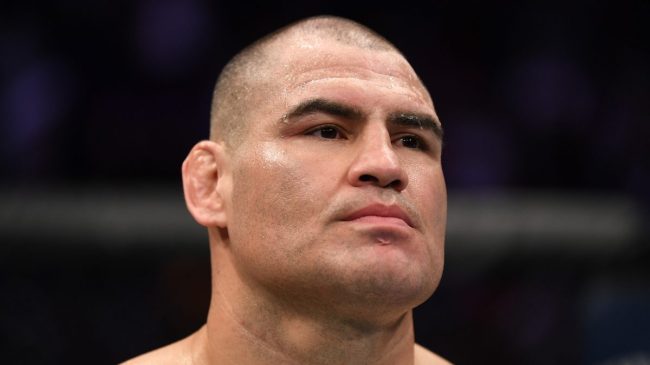 Former UFC champion Cain Velazquez has been in the news cycle for an attempted murder charge for quite some time now. Many back Velazquez as the reason he was jailed is that the person he attacked molested his four-year-old son. Now, the former champ is out on bail and it has fans buzzing.

According to ESPN MMA, “after eight months in custody, Cain Velasquez will have to wear a GPS tracker and not come within 300 yards of the alleged victims.” So, after spending eight months in jail for a crime many don’t blame him for, Velasquez is finally out on bail.

Content warning: This story contains details that may be disturbing for some readers.

After eight months in custody, Cain Velasquez will have to wear a GPS tracker and not come within 300 yards of the alleged victims, per Velasquez’s attorney.

This is a big step for the Velasquez family to get back together. Their lives will likely never be the same after this. However, it’s nice to know they’re reuniting once again. UFC fans show their support for Cain Velasquez, however, their minds are blown by the massive $1 million bail.

he shoulda been let out months ago. $1m is ridiculous

Eight months was a long time, but at least Cain Velasquez will no longer be in jail.

About 8 months late but it’s about time

The UFC world, and pretty much everyone else, seem more than happy with this news.

todays a good day in MMA

Hopefully, Cain Velasquez can spend some peace and quiet with his family from here on out. Maybe one day the GPS tracker can be removed as well.