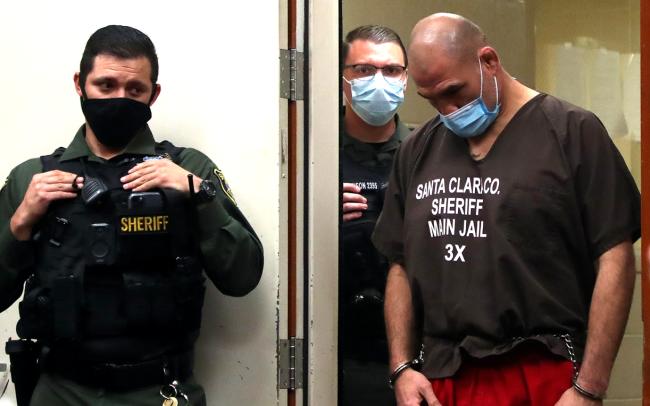 Former UFC and WWE star Cain Velasquez was back in court on Tuesday making a request for a continuance until May 6 for a plea hearing.

Supporters of @cainmma back in court for todays proceedings pic.twitter.com/9575ID84zK

This was the two-time UFC heavyweight champion’s first appearance in a courtroom since his initial arraignment back in March. At that time, Velasquez was officially charged with 10 crimes including first degree attempted murder, premeditated murder, multiple counts of assault with a deadly weapon, and shooting an occupied motor vehicle.

“To everyone that has expressed your support, my family and I will never be able to thank you enough,” Velasquez wrote on social media. “From the bottom of our hearts and the depths of our souls, we are forever grateful for your love. Your selfless gestures and kind words have given me strength in my darkest times. This story is complex and slowly unraveling as we speak. To the true victims of this case, may God give you the strength to come forward. Though it is most difficult to relive the pain that has happened to you, in speaking the truth, justice will be served and your own healing will start. I will never stop helping or loving my community and all of you. Thank you for loving me – Cain Velasquez.”

One of the men Velasquez allegedly attacked after a 11-mile high-speed chase, Harry Goularte, had been charged with one felony count of lewd and lascivious act for allegedly molesting a “close relative” of the former UFC and WWE star, but was released on bail the day of the shooting despite objections from the district attorney.

Velasquez now faces up to 20 years in prison if convicted on all charges.