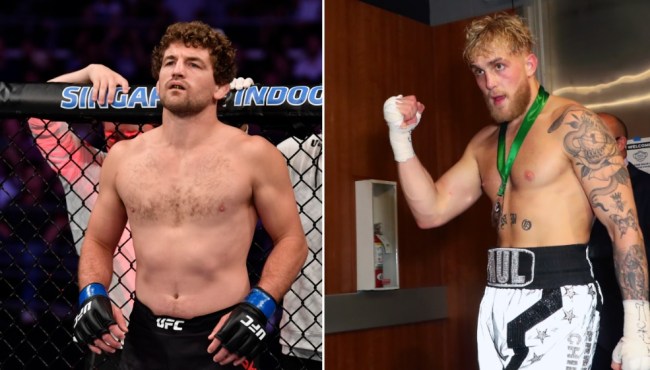 It appears that Jake Paul is going to be facing former UFC fighter Ben Askren in his next fight.

After knocking out Nate Robinson Paul called out Askren, Conor McGregor and other MMA fighters.

On Tuesday night, Askren went on social media and accepted the fight against Paul.

Yes, Mr. Jake Paul I do accept, I know you called me out after you beat up Nate Robinson. It’s a pretty simple choice, I’m going to beat up a guy who’s pretending to be an athlete.

Apparently, Askren and Paul are set to fight in late March according to Chael Sonnen.

. @jakepaul doesn’t trust many in the media to spread the word…. I’m was told “Ben then Dillion.” pic.twitter.com/evn9WdznoA

Askren is an MMA veteran but boxing isn’t his strong suit, but he still thinks he’s going to pick up an easy win against Paul.

“I know you may think (that) I don’t have too many stand up skills. But, also at the end of the day, I don’t really need to. I’m a world-class athlete. I’ve won NCAA titles, I’ve been to the Olympics, and won belts in multiple mixed martial arts organizations. Quite frankly, I am impressed that you actually deluded yourself to believe you are a fighter.”