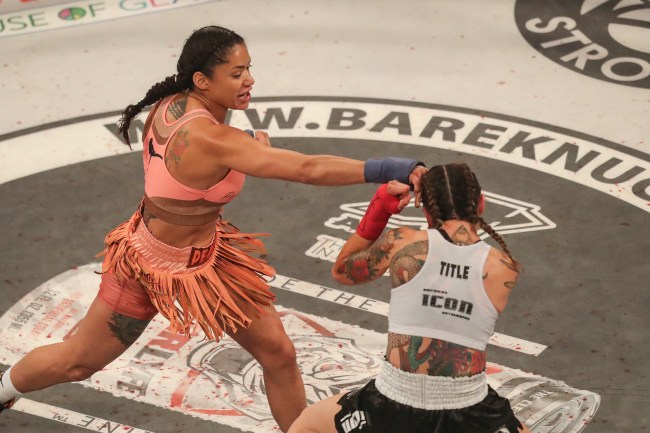 Former UFC fighter Pearl Gonzalez barely got hit in her bare-knuckle debut on Saturday night and most of her battle wounds ended up in her hands.

During her first every bare-knuckle fight at BKFC 18, Gonzalez beat Charisa Sigala via 50-45 unanimous decision and left some huge welts on Sigala’s head.

.@PearlGonzalez is successful in her #BKFC debut by winning a unanimous decision at #BKFC18.

A day after the fight, Gonzalez’s sister posted a picture of Pearl’s swollen hands and they’re looking pretty nasty.

In the airport heading home. Here’s what my sis @PearlGonzalez’s hands look like after smashing them in her opponent’s face last night. Sis never got hit 😉 pic.twitter.com/SE4LqUq1aL

Pearl might want to put those hands in some Epsom salt.