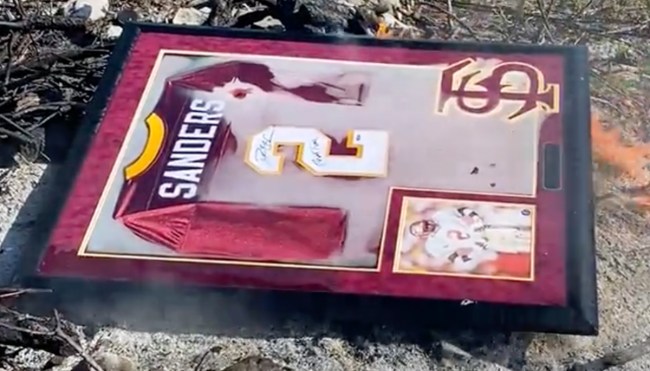 College football’s National Signing Day kicked off with one hell of a bang on Wednesday, as cornerback Travis Hunter shocked the world when he announced his decision to decommit from Florida State and play for Deion Sanders by taking his talents to Jackson State.

When you consider Hunter is the top-ranked prospect in this year’s graduating class, the fact that he suddenly reneged on an offer from the (albeit struggling) Seminoles in favor of an FCS program was quite an unexpected development (although there’s already plenty of speculation there’s a six-figure NIL deal waiting for him that may have played a role).

As you’d expect, plenty of FSU fans weren’t exactly thrilled with this development—and many of them were not shy about voicing their displeasure with head coach Mike Norvell over his fairly nonchalant reaction to the news. However, I think it’s safe to say no one was more pissed off than one lifelong supporter and (now former) Deion Sanders fanatic who couldn’t even take the time to take the autographed jersey of his ex-idol out of the frame it once called home before burning it. 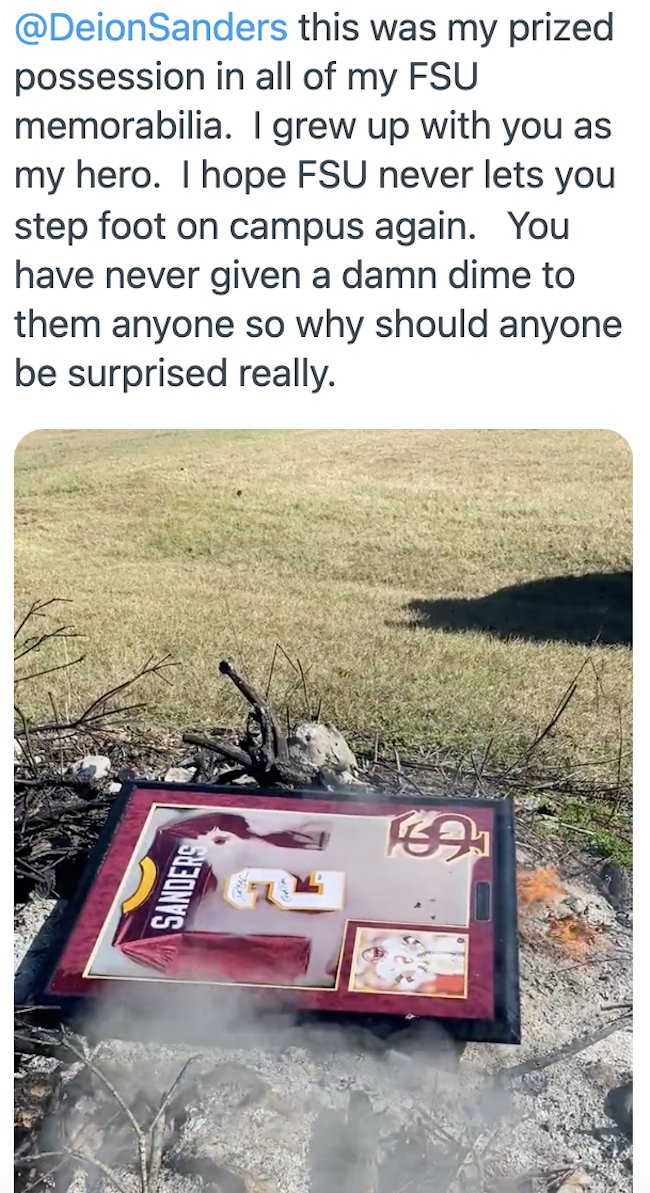 It didn’t take long for the original tweet containing the video of the impromptu bonfire to get deleted after it started to make the rounds, but thankfully, the internet never forgets.

Angry FSU fans are really out here burning an autographed Deion Sanders jersey without even taking it out of the frame first pic.twitter.com/rVv9nt2ZE2

As someone who knows all too well what it’s like to have an irrational emotional investment in a team, I can’t necessarily blame this guy—but as someone who is also very familiar with how much it costs to get something like that framed, I do blame him for not taking the jersey out first.