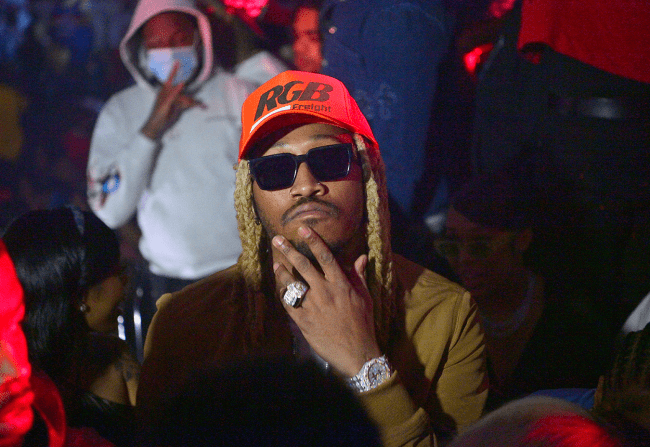 Future currently sits on the Mount Rushmore in Atlanta, Georgia after growing up in the area and making it big. As such, he takes a lot of opportunities to give back to his city like he did last week.

On Friday afternoon, the athletes at Columbia High School got to see their fully upgraded weight room for the first time. Future (an alumnus of the school), his Freewishes Foundation and Foot Locker worked together to completely overhaul the gymnasium facility and set it up with all of the best equipment.

According to its website, FreeWishes is a foundation dedicated to serving metro Atlanta by “making dreams come alive and wishes come true.” It was founded in honor of Future’s maternal great-grandmother’s legacy.

During his visit to his former school, Future was met by the marching band upon arrival. From there he was the one to open the door for the Columbia football team to check out their new digs.

While the players got comfortable with their new weight room, the Grammy-award winning rapper spoke with a representative from the school.

Future asked what else he can provide to Columbia High School and made a promise that he will be back with more.

In addition, Future gave high praise to the representative, who may have been the principal, AD or head football coach. No matter who it was, Future made sure he knew the impact he is making on the lives of Atlanta-area children and families.

It was a pretty special moment that came from a place of true humility and appreciation.

While in the weight room, Future also gave a spot to one of the players on the bench press. The entire gesture was extremely impressive, but the rapper’s ability to spot the player was not.

If the player was in any sort of danger, he would have been in trouble.

Nevertheless, everything ended up turning out just fine. In fact, things were better than fine. Future’s gesture was incredible and it is just one of many. He and his foundation take every opportunity to give back and the weight room is just one example.