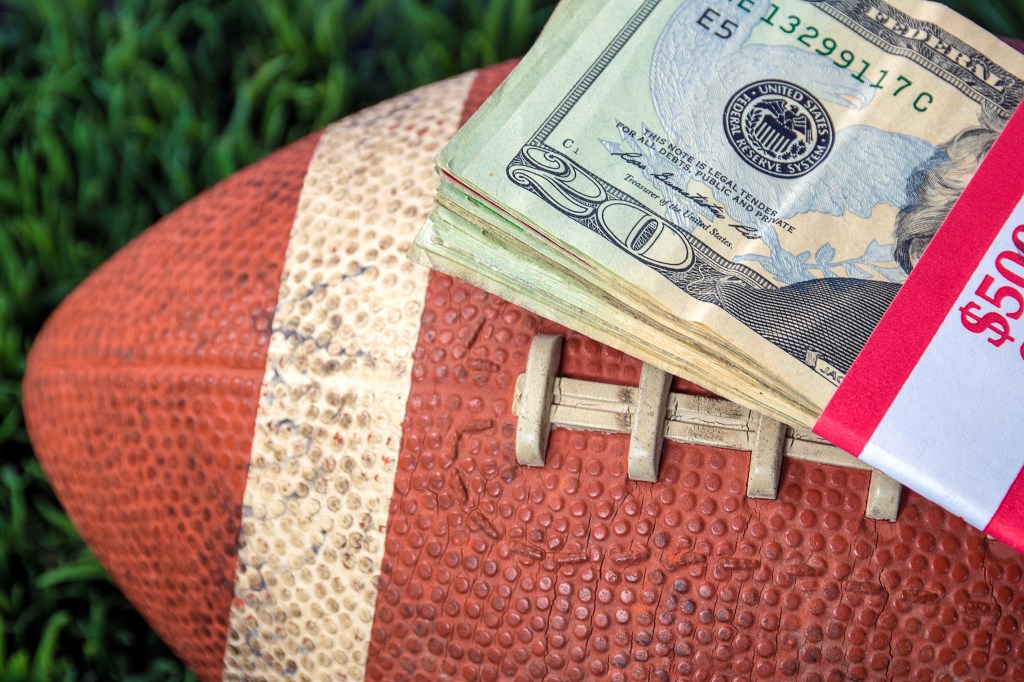 Congratulations to the University of Georgia Bulldogs for winning their first National Championship since 1980. That 41-year stretch must’ve felt like it lasted a lifetime but they beat Nick Saban and Alabama and got that chip off their shoulder. One gambler by the name of Marco (@marco_parlay on Twitter) was the happiest Bulldogs fan in America when he cashed a parlay for $1.206 million after the Dawgs won.

Marco Piemonte aka Marco Parlay bet $30,000 on a 5-leg parlay that started with the NFL games and culminated with a $1,206,956.58 payday after Georiga beat Alabama. Video of him at the game with his friends shows that moment of catharsis as he celebrates winning over a million dollars on Monday night.

That pick-six meant the world to @Marco_Parlay

To all the Nick Saban supporters…@Marco_Parlay has some final words for you after Georgia won!

Congratulations on your $1.2 million payout from @PointsBetUSA! #CFBplayoff #GoDawgs pic.twitter.com/EK2eYRO31C

Cash Out The Parlay Or Nah? Here’s How It Started

After the first quarter:

Did that first quarter give you any confidence to hold onto this ticket?

As time was winding down:

The congratulations on his huge win were rolling in from others.

What a great night with my @PointsBetUSA family! Congrats to Georgia and to @Marco_Parlay for winning 1.2 million! pic.twitter.com/3lxPyiaRne

Also, I’m just throwing this out there because I learned it yesterday. I had no idea that the University of Georgia ranks #2 all-time in Bowl Appearances with 59 (35-21-3). Alabama ranks #1 with 75 and they’re just ahead of Texas at 57 and Oklahoma at 55.