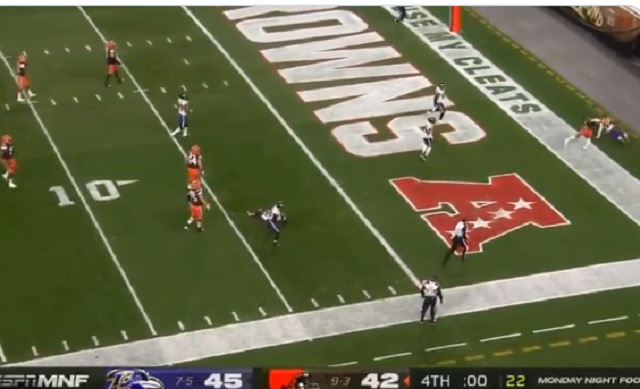 The Ravens-Browns epic Monday Night Football game may have given us the worst bad beat of the year.

Before the game, the Ravens were favored by Vegas by three points.

Unfortunately for those who bet on the Browns +3 the game ended in a bizarre safety on multiple laterals when the Ravens were up three points.

Those who bet on the Browns were absolutely sick by the beat.

This is the worst bad beat I've ever taken in my life.

This just made my stomach hurt bruh wtf. https://t.co/5TPGfIUQYf