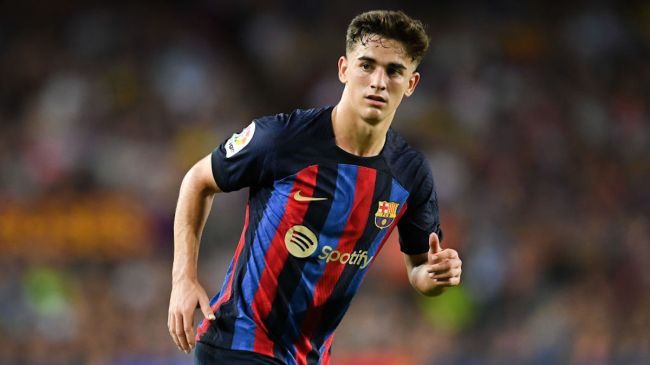 Among the many perks that come with being an 18-year-old prodigy playing at the one and only Barcelona is having women, likely multiple times per day, throw themselves at you. At the grocery store, in the gym, signing autographs — anytime, anywhere.

Take Barca star Gavi, for example, who was recently fulfilling his team-required duties of signing some autographs at a public event when a young woman used the moment to slip him her phone number.

Barcelona, two points behind league-leading Real Madrid, will next take the field in La Liga on Saturday against Elche, who are currently in 19th place.