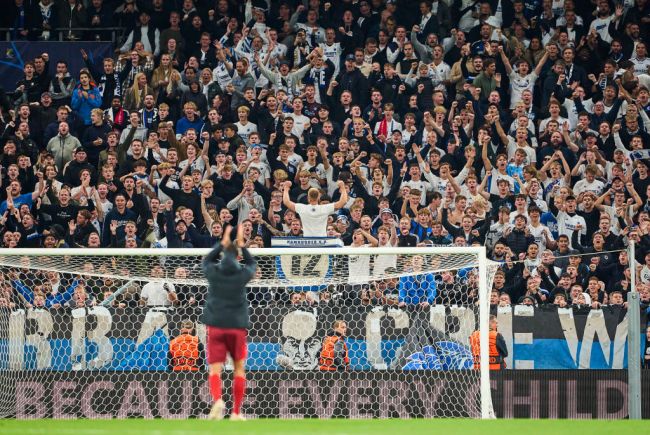 There are three sides to the coin that is football fandom (Yes, I’m aware that’s an impossibility, relax).

The first is average fans: families with children, tourists, etc. The second is hooligans. While they’ve largely been forced out of the game since nearly destroying it back in the 80s, these sorts of fans still exist.

The final, and the best kind, are the ultras. Ultras are the ones who take the extremism of hooligans but apply it solely to supporting the team. No violence, no graffiti, no law-breaking — simply extreme support of their football team. They’re where all of the chants and songs come from and are the ones who make the incredibly elaborate banners that so often adorn the stands of football grounds.

When done correctly, footballing ultras represent sports culture at its best, as evidenced by these Denmarkian people gifting free beer to Sevilla fans who made the trip from Spain to Copenhagen for this week’s Champions League match.

Unfortunately for both sets of fans, the beer might have been the most exciting part of the experience as the match between the two sides ultimately ended in a scoreless draw. As a result of the tie, both Copenhagen and Sevilla find themselves currently winless in their group and trailing the likes of Borussia Dortmund and Manchester City.