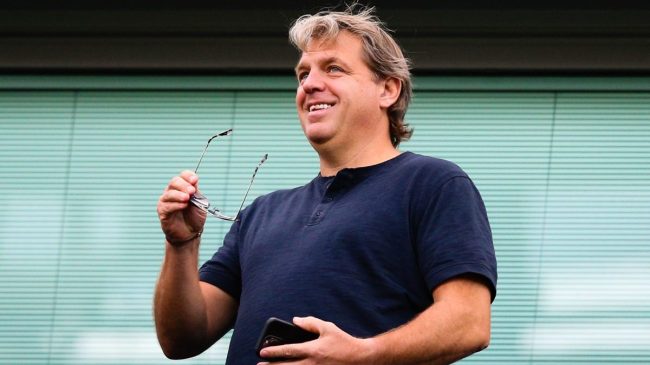 Los Angeles Dodgers owner Todd Boehly was part of an American-led consortium that bought London-based soccer team Chelsea FC for $5.2 billion in May,

The London-based club is one of the best in the Premier League and has twice won the UEFA Champions League in the last decade. But it was put up for sale after the English government placed sanctions on former Russian owner Roman Abramovich.

Boehly and Clearlake Capital’s purchase of the club did not come without scrutiny. Many Premier League fans are wary of American owners after Glazer family’s difficult run with storied powerhouse Manchester United.

But nine current Premier League clubs are owned at least in part by Americans or American companies.

Boehly didn’t help his case at all on Tuesday with comments made at the Salt Conference.

The new Chelsea owner was one of the featured speakers at the SkyBridge Alternatives Conference. He spoke at length about his acquisition and plans for the club.

He claimed that Liverpool and Manchester City stars Mohamed Salah and Kevin de Bruyne were both Chelsea academy prospects. While both played for the club at a young age, neither came through the academy.

They had no Chelsea academy development, Chelsea also did not really help their development at all.
Boehly needs to do his homework. https://t.co/br7vMmb9MZ

Boehly then seriously ruffled feathers when he suggested the league adopt an All-Star game, similar to the ones seen in American sports. He added that the proceeds from the game could benefit lower-level leagues in England.

'MLB did their All-Star Game this year—they made $200M from a Monday and a Tuesday. You could do a North vs. South All-Star Game from the Premier League to fund the pyramid very easily.' ⚾ pic.twitter.com/FzNANzrJ2g

That drew a mocking reaction from Liverpool manager Jurgen Klopp. The Reds are notably owned by the Fenway Sports Group, owner of the Boston Red Sox.

These comments from Jurgen Klopp have been getting a lot of attention… his full reaction here confirms he’s not a fan of Todd Boehly’s ‘North vs South’ all-star circus #LFC #CFC pic.twitter.com/oQsMRfMQ1K

Fans didn’t love the idea either.

And here's the final confirmation (if it was needed) that Chelsea is run by a clown🤡 And proof he has zero understanding of English football culture https://t.co/0x5Resc383

This lad is off his rocker..I guarantee he has kids named Chad Wyatt or Colt or something shit like that. https://t.co/VtxLq3hErG

Boehly’s idea honestly isn’t a bad one. It’s an easy way to generate added revenue with minimal fuss. But it appears English fans are happier shouting down any ideas from across the pond.