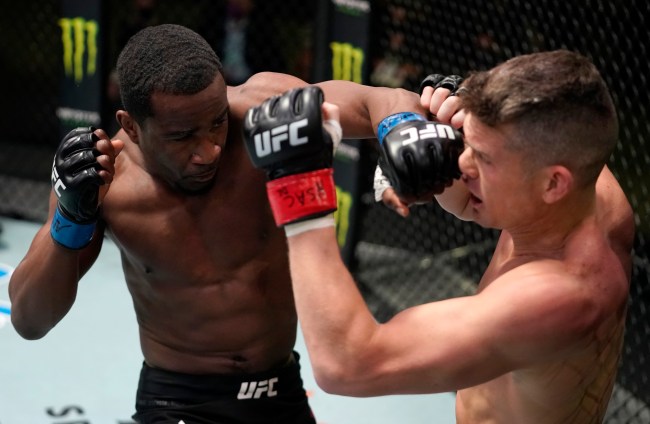 Geoff Neal spent time in jail on Thanksgiving with one of the biggest opportunities of his career just 2 weeks away. Neal was arrested for misdemeanor charges of driving while intoxicated and unlawfully carrying a weapon.

According to the Collin County Sheriff’s Department document obtained by MMA Junkie, Neal was arrested at 3:47 am on November 25th and released the same day at 8:08 pm. The document didn’t offer any details on why Neal was pulled over or what Neal’s blood alcohol content was at the time of his arrest.

Neal submitted to a blood test upon his arrest, but will have to wait 6 weeks to 6 months for results. The gun charge is due to a Texas law which makes it illegal to possess a firearm while allegedly committing another crime. This means both charges will be dropped if Neal’s blood test comes back with an alcohol level below 0.08%, which his lawyer believes will be the case.

The timing of this couldn’t be worse for Geoff Neal. He is scheduled to fight Santiago Ponzinibbio at UFC 269 next Saturday. The fight is slated for the main card of the pay-per-view event, just before the evening’s co-main event.

This fight is an opportunity for Neal to gain major exposure with Dustin Poirier headline the card after consecutive victories over Conor McGregor. It’s also an opportunity to right the ship in his fighting career.

Heading into 2020, Neal was quickly rising up the ladder of the UFC’s welterweight division. He had won 5 consecutive fights in his first 2 years in the UFC. Then a life-threatening blood infection put his career on hold for a year.

There has been no word yet from the UFC on whether this will impact Geoff Neal’s involvement in next weekend’s fight card.