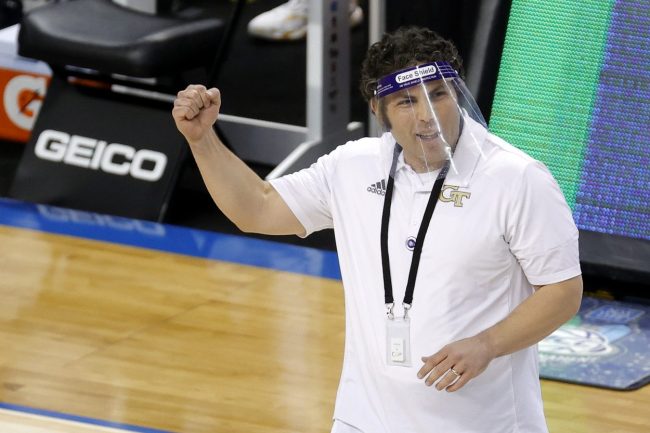 Georgia Tech head basketball coach Josh Pastner is known for his high-energy approach to the game. He is well-liked by his players and always seems to be jacked up on Mountain Dew.

But he isn’t. Pastner is simply wired differently than most, to where he finds joy and excitement in every situation.

When he first started coaching on the collegiate level, he wasn’t well-liked by everyone. People, myself included at times, thought that he was putting on a false persona and was taking the “kill them with kindness” too far.

It seemed like he was over-compensating for the fact that he might not be as nice of a guy when he gets out of the public spotlight. That is completely, and totally false.

In reality, Pastner is a completely lovable guy who is naturally goofy and isn’t afraid to wear his emotions on his sleeve. It’s awesome.

His voicemail greeting, when you call his phone, is a 45-second long sermon about how important it is to live life without regrets. When he is in front of a microphone, his interviews are passionate and candid.

The Josh Pastner experience is quite the trip.

On Tuesday night, Pastner provided one of his best postgame interviews yet. He does not want to die, because he loves the sport way too much.

During his media session, Pastner talked about how he hopes to live to 100, 110 or 120, because he loves life. He did the math on how many years he has left if he makes it to 100 years old, and it just isn’t enough time for him on earth.

Here are his full, amazing comments:

It provided a few chuckles in the room. But Pastner was full of life tonight after a 69-57 loss to #Duke

The best part of Pastner’s presser is that it came after a 12-point, in-conference loss. Even when he is on the losing end of a result, the energy does not waver. He is full-throttle all of the time, and it’s just so awesome.