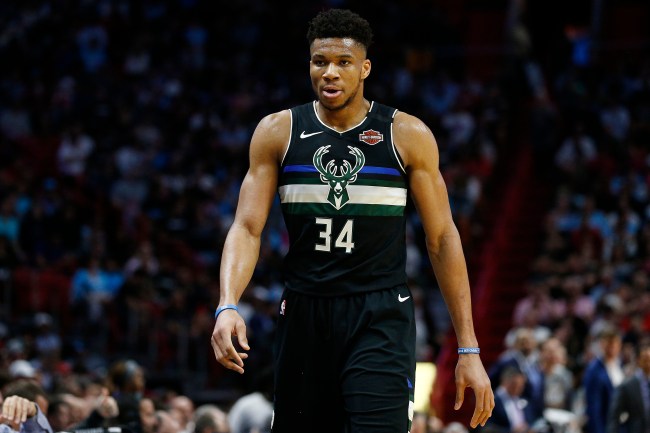 The NBA and their players are trying to figure out when to start the season but in the meantime, there are already plenty of rumors about the league’s biggest stars being on the move.

The first big rumor of the day detailed how the Philadelphia 76ers are currently interested in trading for James Harden now that they hired former Rockets GM Daryl Morey.

BREAKING: Philadelphia is expected to show trade interest in James Harden, per @ShamsCharania

The second and more significant rumor comes from Miami-based sports journalist Ashley Nicole-Moss who is reporting that Giannis is interested in signing a longterm deal with the Miami Heat and not the Warriors if the Bucks can figure out a trade deal.

adding to this, Giannis splits his offseason between Greece and Miami. per sources, he’s prepared to sign a long-term deal in Miami.

the #Bucks are not willing to end up with nothing by letting him hit free agency in 2021. a deal is expected before then. https://t.co/T3vM0gqVXI

She goes on to say that the Heat are willing to part ways with Tyler Herro but not Bam Adebayo in a trade for Giannis.

some basketball news:
i’ve been told by sources within the #MiamiHeat organization that despite previous reports, Tyler Herro is not an “untouchable” in the team’s pursuit of Giannis Antetokounmpo. #HeatTwitter

adding to this, i’ve also been told in the team’s pursuit of Giannis — the “untouchable” is Bam Adebayo. Pat Riley wants to: “hold onto him as long as possible.” #HeatTwitter https://t.co/JztpO4AM0z

The Giannis to the Heat rumor isn’t shocking considering many NBA executives have said in the past that Miami would be the favorites to sign the superstar forward if he were to leave the Bucks this offseason.

It is worth noting that the Bucks came out and said they were not willing to trade Giannis, who is currently on the final year of his contract.