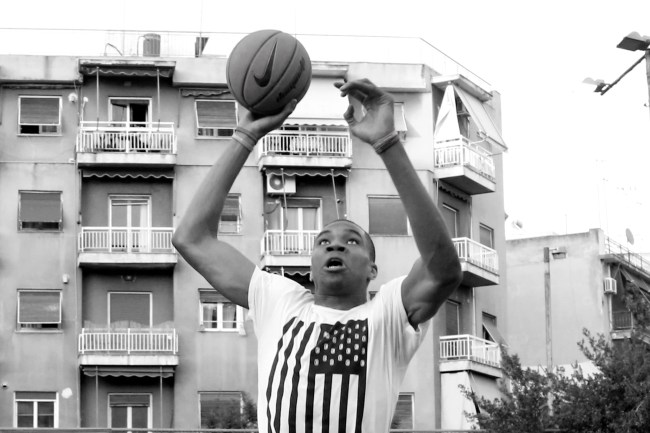 Giannis Antetokounmpo’s journey to the NBA was an improbable as Jared Dudley winning an NBA title before Dame Lillard.

The Greek’s ascendence to Freakdom was so inconceivable that Giannis himself couldn’t wrap his brain around it.

“The real NBA?” a 17-year-old Antetokounmpo responded when being told he could be an NBA player the following year. “The NBA I see on TV?”

In a new piece titled “How one scout discovered Giannis Antetokounmpo“on ESPN+, Woj drops a Woj bomb that peels back the curtain on how an Athenian kid with 150 views on his YouTube highlight reel became just the third player to win NBA MVP and Defensive Player of the Year in same season.

And he managed to do all of this in the span of your standard car lease.

In October 2012, New Orleans Hornets international scout Yarone Arbel opened an email that contained information that any NBA team would sell a banner to receive.

“Nobody knows about him,” Greek agent Georgios Dimitropoulos wrote Arbel.

Eight months and countless NBA executive trips to Greece later, Giannis was selected 15th by the Bucks during an NBA Draft he had no concept of.

The ESPN+ piece details how shell-shocked a young, innocent Giannis was in learning the intricacies of NBA life and the demands of matching up with stars like LeBron, KD, and Melo.

READ THE FULL ARTICLE via ESPN+