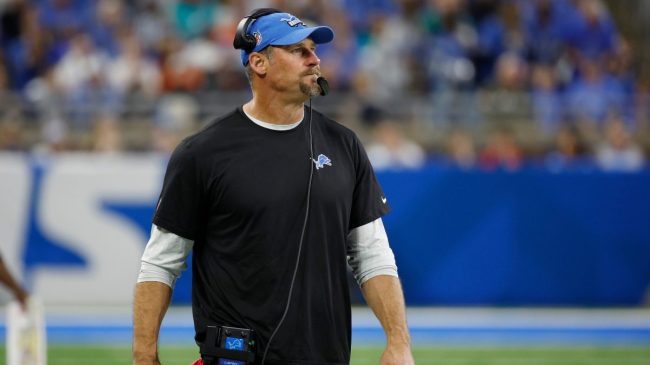 We’re all aware at this point that Dan Campbell lives, breathes, and eats football. He’s one of the most intense people in the sport and fans love him for it. Now, New York Giants head coach Brian Daboll shares the most bizarre story about him ever during their time with the Miami Dolphins.

According to Dan Duggan, back in 2011 when Daboll was the offensive coordinator for Miami, he interviewed Campbell for the tight ends coaching job. Well, during that interview, Brian Daboll claims that Dan Campbell was “slamming chairs and hitting walls [and] was out of breath for half of the interview.”

You’d think that’s an interview that went terribly. Instead, the current Giants head coach hired Campbell and claims, “he was in the next day at 5:30 am power cleaning and squatting.”

Daboll, then the Dolphins OC, interviewed Dan Campbell for the TE coaching job in 2011. Daboll said Campbell slamming chairs and hitting walls, was out of breath for half of the interview.

Campbell got the job … and was in the next day at 5:30 am power cleaning and squatting.

If that’s not the perfect example of who Dan Campbell is then I don’t know what is. Shoutout to Brian Daboll for making that hire though. It ended up being a stepping stone for his coaching career. The Dolphins’ coaching staff in 2011 must have been insane to be around as Daboll and Campbell are two of the most energetic coaches in the league.

Well, now Brian Daboll is with the Giants while Dan Campbell is with the Detroit Lions. They both seem well suited for the job. Even so, this is a truly entertaining story about Campbell’s personality.