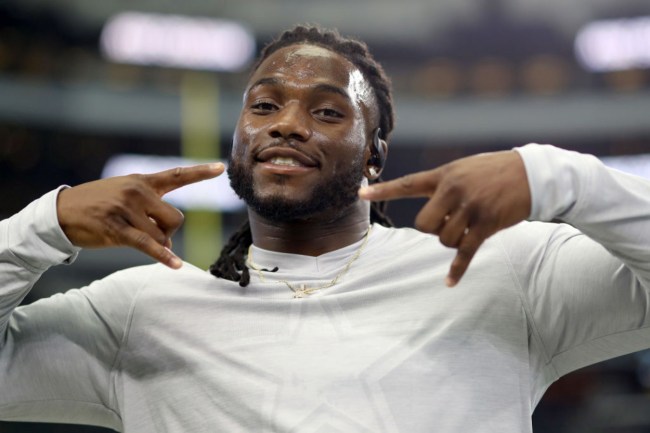 The Giants may have lost 21-6 to the Cowboys on Sunday, but New York linebacker Jaylon Smith doesn’t seem to be too upset about it.

During the fourth quarter of what was the Giants’ third straight loss, Smith appeared to celebrate Dallas’ win by doing the famous Landry Shift while the Cowboys ran out the clock. He even pumped his fist in the year and was visibly happy in the moment.

Smith spent six seasons with the Cowboys after Dallas drafted him out of Notre Dame in 2016. There’s obviously some history there, and Smith has strong memories of his time in Dallas, but celebrating with your former team while your current team took yet another L is a horrific visual.

He was seen exchanging pleasantries with Cowboys players throughout the game and caught up with some after the final whistle as well.

The Giants signed Smith to their practice squad on Friday and moved him to the active roster shortly after given so many players were put on the reserve list.

The 26-year-old finished the game with four tackles on 17 played snaps.