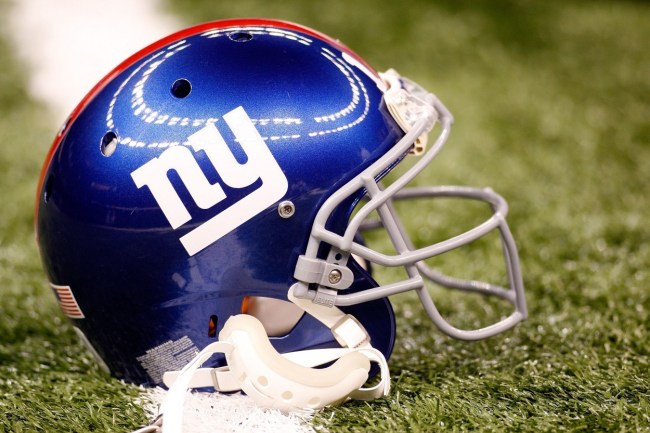 The New York Giants find themselves in a very undesirable situation.

The team appears to have very little to work with both on and off the field. Yes, first-round draft picks Daniel Jones and Saquon Barkley have shown potential at times, but the team has failed to place a player in the Pro Bowl two of the last three seasons.

That includes last year when the Giants went just 4-13 to finish last in the NFC East.

The organization hasn’t recorded a winning season since the days of Eli Manning, falling well below .500 in each of the last five campaigns.

As a result, they’ve seen four different head coaches roam the sidelines over the last half decade.

Typically, when a team is playing poorly, it’s a result of having a bevy of young, inexpensive players on the roster. Just take a look at teams like the Jaguars and Broncos, who’ve used salary cap room to land huge additions this offseason following subpar performances.

But, unfortunately, that’s not the case in New York.

Not only do they have a disappointing roster, but they have also very little to work with on the market.

Following the early wave of free agency, a look at where all 32 NFL teams officially stand in terms of cap space, from the Panthers to the Giants. pic.twitter.com/rOBNzOb5IJ

The Giants have the least amount of salary cap space in the NFL. Well below the Bills, 49ers, Titans, Patriots, Bucs, Raiders, and Cardinals.

The difference is, those other teams all made the playoffs last season. New York won four games.

Fans are not happy to see that the team has performed so poorly on the field while having no money to improve the roster.

Fans are livid at the Giants’ previous ownership for putting the team in this situation. The reaction on social media has not been kind to the Gettlemans.

Dave Gettleman's tenure destroyed the Giants. I did what I could in challenging him. Was a lone wolf in that regard…but I'd do it again. And again… #NYG https://t.co/eKq9OkM8dL

Dave Gettleman should be sitting in a prison cell. https://t.co/Fzo1hb1ymg

two words why the Giants have no cap space…

…the least cap space of any team in the NFL…

despite the benefit of a QB on a rookie deal:

Dave gettleman is the worst GM in sports history and a large portion of the giants fanbase called anybody who dared to criticize him a fake fan. https://t.co/vQYrA14tSS

Dave Gettleman texting from his flip phone that the salary cap is "All 2 real" https://t.co/SaUlBMVDyp

Dave Gettleman built the worst team in football and left no cap space all while having a QB on a rookie deal. That's actually impressive tbh https://t.co/Ba2fZoSlaS

The Giants have a no good players + a QB on a Rookie deal and still have the worst cap situation in the league lol. Dave Gettleman really put on an absolute masterclass. https://t.co/RS6xrS2Hjz

Dave Gettleman will one day pay for his crimes. https://t.co/kCl5TWSq8W

Amazing. Dave Gettleman was one of a kind.. https://t.co/cfjbdKJ4q4

Dave Gettleman is arguably one of the worst hires in recent sports history. 19-46. Zero money left. I hate Boston even more now. https://t.co/a7RPGRLEYs

Many are quick to point out that Daniel Jones, who plays at the league’s highest paid position, is still on a rookie contract. Yet, the Giants have squandered away millions on some downright awful contracts.

Of Gettleman’s 12 largest contracts given out in free agency, six were cut prior to finishing out their contracts.

It could be a tough few seasons in New York moving forward. We’ll see if the new management can find a way to pick up the pieces.