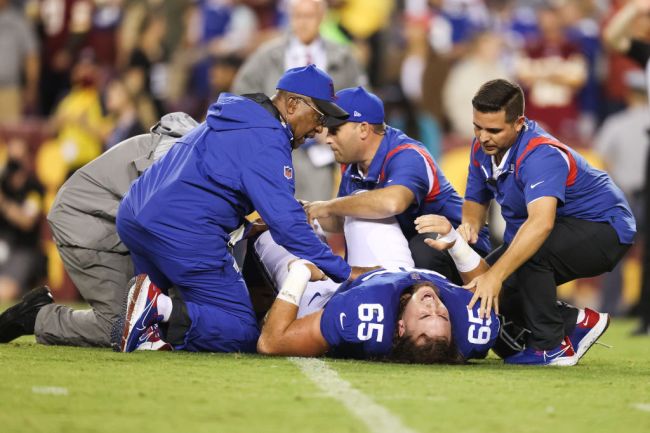 Giants offensive lineman Nick Gates is going to be out for a while after suffering a serious leg injury against WFT.

On Thursday night, Gates was carted off the field after it appeared is leg had snapped on a play.

Giants center Nick Gates was carted off the field after an apparent leg injury.

Warning the video is very graphic

He snapped his leg as he was grappling with 93. Oh wow #nickgates #nygiants pic.twitter.com/Zvx4e461cJ

#Giants OL Nick Gates has a lower leg fracture, the team announced. A brutal early injury at a key spot.