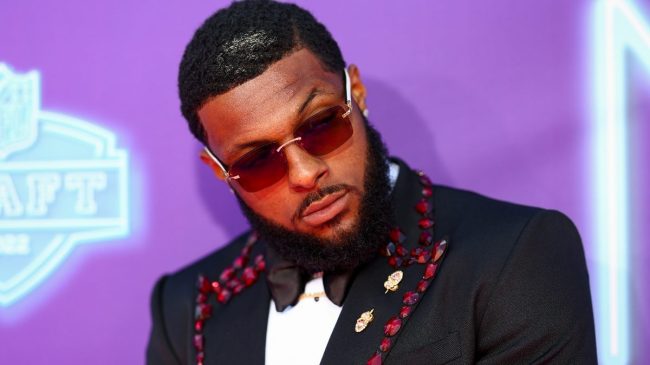 The New York Giants have surprisingly been one of the better teams so far this season. After going 6-1 with Brian Daboll leading the way as head coach, it’s beginning to look like this franchise is going to make a playoff push. With that in mind, rookie Kayvon Thibodeaux sends a strong message to the haters.

According to Sports Illustrated, Thibodeaux didn’t mince words when discussing his team. He’s clearly hyped for the hot start to the season as the Giants rookie delivers a strong message to the haters. “I don’t care what people around the league do. F— ’em! F— all the people around the league. The only people that matter are the people in this room. The only people that are going to dictate what happens on Sunday are the people in this room. Excuse my French.”

It’s not every day you see a rookie this confident in his team. However, that’s the foundation that Brian Daboll has built in New York. Kayvon Thibodeaux has played a large role in helping the team succeed and doesn’t look like he’s going to slow down anytime soon.

The Giants rookie goes on to say, “I mean, listen, I think the greatest thing we do is we fight for respect in the locker room. When you’re on that battlefield, I want you to not respect me,” per Sports Illustrated.

We’ll see how the remainder of the season plays out for the Giants. If they can keep the momentum rolling then New York could be a problem in the NFC come playoff time.