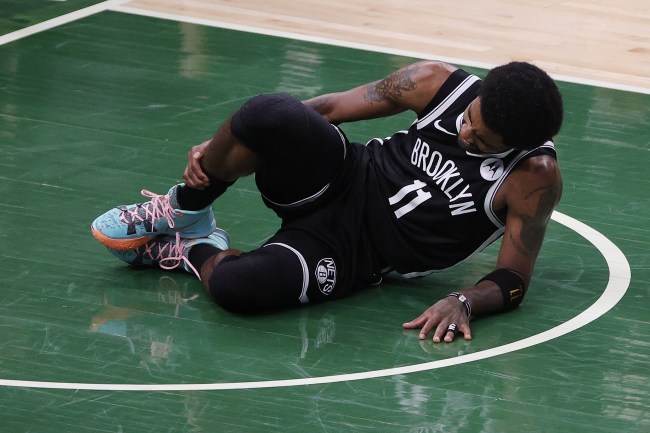 During the Celtics-Nets series, Irving was seen stomping on the face of “Lucky” the Celtics logo after a blowout win.

At the time, former Celtic Glenn “Big Baby” Davis took offense to Kyrie’s stomp and fired a shot at the Nets guard

On Sunday during game 4 of the Bucks-Nets series, Irving got injured after badly spraining his ankle in the second quarter.

Kyrie Irving goes down hard after the lay-up, grabs his right leg.

Hope it's nothing serious 🙏🏽pic.twitter.com/Nb47vIsIYb

After the injury, Davis immediately reacted by implying Irving received karma for stomping on the Celtics logo.