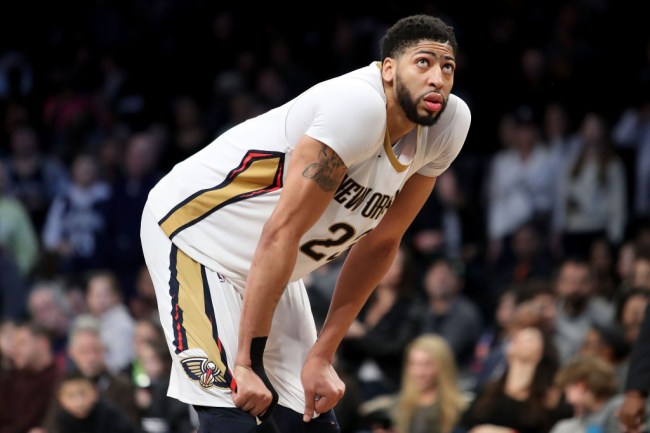 The Golden State Warriors are the most forward-thinking franchise in the NBA and contemplate moves years in advance. According to The Athletic’s Tim Kawakami the Warriors are interested in figuring out a way to land Pelicans superstar Anthony Davis when he becomes a free agent after the 2019/2020 season.

Are the Warriors still targeting New Orleans center Anthony Davis? Sure. Lacob and Myers love to circle the best names possible years in advance of their potential availability, and figure out how they might be able to land the biggest fish out there. It used to be Kevin Durant.

Now the Warriors’ biggest target is Davis, and they understand that their clearest way to get him was to sacrifice several big parts of their foundation — maybe Klay Thompson and/or Draymond Green — in a trade.

A lot of things would have to happen for the Warriors to land Davis but with Kevin Durant signing short term deals there’s a possibility he decides to leave some time in the future. The Warriors would probably have to lose another of their core members before landing AD is even a possibility, but who knows anything can happen two or threes down the line.