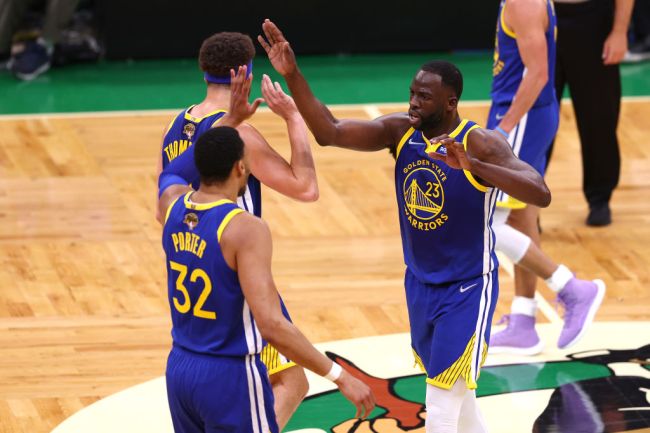 With just a couple of months until the start of the NBA season, details about the league’s schedule for the year are beginning to emerge. Earlier today, we learned that the season would open with the Golden State Warriors taking on the Los Angeles Lakers at home.

Now, it is being reported that the Warriors have another key game on the NBA schedule. According to NBA insider Marc Stein, the NBA is looking to schedule the Warriors to fight the Memphis Grizzlies on Christmas Day.

Memphis at Golden State is another Christmas Day game on the NBA's preliminary schedule for the 2022-23 season that is on course to be made official this coming week, league sources tell me.

The Warriors and Grizzlies became one of the NBA’s most interesting rivalries during this year’s NBA playoffs. The two teams met in the 2nd round of the playoffs and exchanged plenty of trash talk.

The Warriors ended up winning the series 4-2, but that was far from the end of their rivalry with the Grizzlies. After winning the NBA title, Klay Thompson called Jaren Jackson Jr a “freaking bum” over a tweet he had posted back in March.

Grizzlies star Ja Morant fired back at Thompson, claiming that the Grizzlies were living rent free in his head.

The rivalry is sure to continue next season as these two teams should once again be fighting for playoff positioning throughout the year and could meet again in the playoffs.

Now it looks like basketball fans will be treated to the next chapter of this budding rivalry between the Golden State Warriors and Memphis Grizzlies during the Christmas Day slate of NBA games.