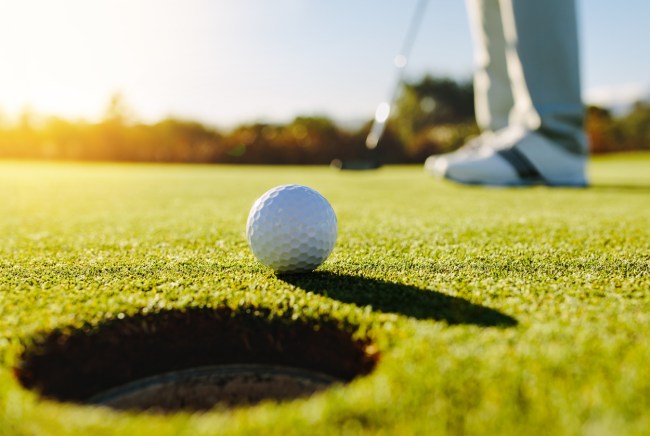 Golf fights don’t happen too frequently, but, when they do, they can escalate into some wild sh*t, guys. And the one that recently happened at the Lake Club Benoni in South Africa is probably one that, though short, got a little more out of hand than anyone would have ever thought.

Here’s the quick backstory; based off of what happens in the video. Apparently, a guy named Mike won the club championship, but was accused of cheating by a competitor in the clubhouse afterwards. Taking exception to the claim, Mike didn’t just play it cool and rub the first place trophy in the heckler’s face. Oh, no, he took matters into his own hands and head-butted him through a window and punching him a punch of times to really make his point known. Take a look at the viral video below.

Wow club champs is a serious business. Mike seems to have won the golf and the fight. pic.twitter.com/GzBrSfg7ts

See, told you guys golf fights can get a little wild. Nobody likes being called a cheater — especially on the golf course — and, when it comes after winning a club championship title, it’s even more of a reason to go apeshit (apparently).

After something like this happens, naturally, there’s got to be some sort of statement to other members about the incident, so here’s what Lake Club Benoni posted to its Facebook page to try and address the issue, per FTW.USAToday:

On behalf of Lake Club we duly apologise for the unfortunate situation that happened during our Club championship prize giving yesterday. Please note that we do not accept nor condone any such behaviour as we have obligation to provide a safe and enjoyable experience for all our members and guests. It is very unfortunate that the video has gone Viral as this is a once off incident and is not indicative of the fellowship we have at our club.

Urgent meetings to discuss the way forward have already taken place and we can assure you that the situation will be dealt with both fairly and promptly. We request your patience in the meanwhile. We will ensure that a communication will follow once the relevant Sanctions have been imposed.

Whether Mike actually did shave some strokes off to claim the club championship title or not, based off of the club’s statement about the golf fight, there’s a good chance he won’t be back to defend his title next year. But, hey, maybe he’s got a future in amateur boxing after the way he manhandled that poor heckler.