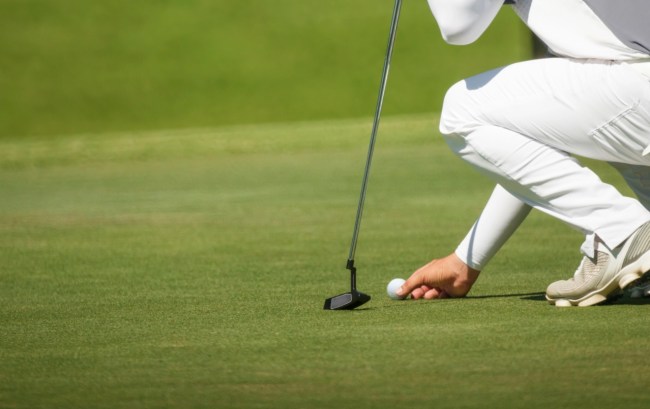 A group of golfers is going viral for posting the sketchiest of scores at a recent tournament. The foursome somehow came away with 46 on the 18-hole outing, an incredible 26 strokes below par.

The scorecard included a Hole in One (on a Par 4), double eagle, four eagles, and 12 birdies. Hilariously, they originally scored it as a 47 before knocking that final outcome down another notch.

The tournament took place at the Highlands golf course in Alabama, a part of the Robert Trent Jones Golf Trail. It was likely held as some sort of charity fundraiser where competitors can purchase mulligan packages that include freebies, tosses, and other creative ways to help keep scores low.

Having personally run some of these events in the past, though, there are typically limits to these “gimmies” purchased at registration. Yes, everyone’s there to have a good time and raise money for a cause, but many of the players are still serious about their golf. And when they feel they’ve been cheated, they’ll let you know.

That’s exactly what happened at the afterparty of this outing.

Players were peeved upon hearing the winning scores, with many having little belief that the 46 was legit. You can definitely hear a few “bulls—s” and “yeah, sures” from the crowd as the totals are being read.

Here’s how the club reacted to them winning: pic.twitter.com/hPnSAtddoT

The group shamelessly accepted the winning prize to an array of boos, but the folks at the club weren’t the only ones doubting the legitimacy of the final score. Golfers on social media quickly chimed in with their reactions on Twitter.

One golf fan said, “I thought that fishing scandal was bad…. but this takes cheating to another level…” Another commented, “If you ain’t cheating, you ain’t winning.”

It seems pretty unbelievable to most everyone involved. Hopefully they gave the prize money back to the charity’s cause rather than pull the ultimate double bogey.