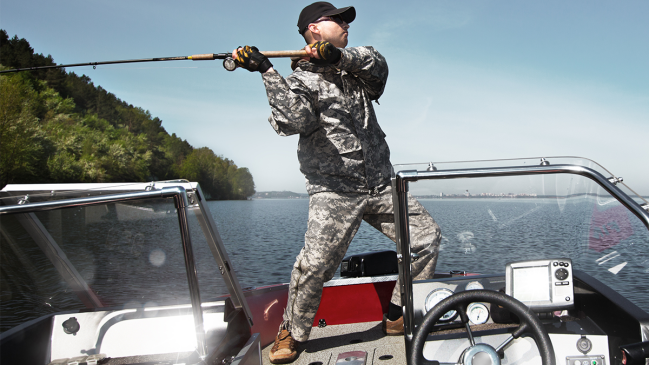 If you’re like most people, the bulk of your knowledge of what’s unfolding in the world of professional fishing is likely derived from whatever you’ve managed to retain after stumbling across a tournament airing on ESPN2 on a Saturday afternoon.

The world of pro fishing has been rocked by some pretty big scandals in the past, including one incident that resulted in the initial winners of the 2016 White Marlin Open being forced to forfeit $2.8 million and another that ended with two men becoming convicted felons for bringing their own bass to an event.

Now, we have some new drama on our hands thanks to what recently unfolded in Cleveland on the shore of Lake Erie.

On Friday, the Lake Erie Walleye Trail tournament appeared to wrap up after a two-man team comprised of Jacob Runyan and Chase Cominsky came to shore with five fish that weighed a combined 34 pounds, which was enough to outdo the 64 other duos who hit the waters during the event.

However, according to The Washington Post, Runyan and Cominsky ended up being confronted by an angry mob after tournament director Jason Fischer—who estimated the fish should’ve weighed around 20 pounds based on their size—did some digging and discovered they contained multiple 12-ounce, egg-shaped metal sinker weights as well as pieces of fish that had been stuffed inside the entries to boost their mass.

If you don’t have 15 minutes to spare, here’s a clip showing what went down when the s—t really hit the fan.

Serious Controversy in Pro fishing tournament as multiple-time winners caught stuffing lead weights and other fish filets in their fish to have the heaviest catch to win hundreds of thousands in prizes. pic.twitter.com/Sxqeo2XC0K

The accused cheaters had previously been disqualified from the “Fall Brawl” on Lake Erie in 2021 after one of them failed a polygraph test, but they were in contention for the “Team of the Year” award after posting multiple wins this year,

However, all of those victories have now been called into question based on what unfolded on Friday, where they would’ve taken home close to $30,000 in prize money before being disqualified (Steve Hendricks and Brian Ulmer were ultimately named the rightful winners).

Wildlife officials were also called to the scene to conduct an investigation, and they are currently working in conjunction with law enforcement as they explore the possibility of hitting the duo with criminal charges.

According to TMZ, Runyan and Cominsky have each been charged with multiple felonies for “attempted grand theft and possessing criminal tools.”