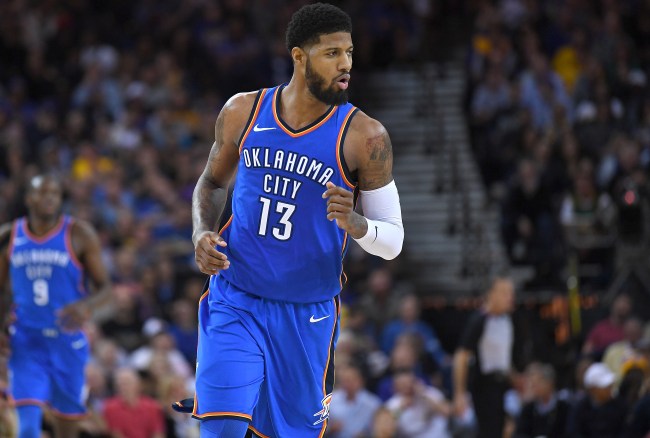 I don’t remember what I had for breakfast but I don’t think I’ll ever shake the injuries of Paul George and Gordon Hayward from my mind. Back in August of 2014, George suffered a compound fracture of the tibia and fibula during the Team USA intrasquad showcase game. For those who saw it, I don’t need to remind you how disturbing it was.

Eight months later, George made his return and hasn’t looked back–making an All-Star team in each of the three seasons since the nauseating injury. After Gordon Hayward suffered an equally gruesome injury in the home opener of this season and his debut with the Celtics, George has taken it upon himself to encourage his NBA colleague.

In Hayward’s latest blog post titled ‘The Long Road Back,’ he reveals that the biggest gain he’s made is doing single leg calf raises with both legs. While making strides physically, Hayward claims that Paul George has helped prime his mind to face the long road to recovery that still lies ahead.

He’s (Paul George) obviously got a lot going on with what he’s doing, just in his own season. So for him to still take the time to hit me up and check in on me to see how I’m doing, that’s been really cool.

His message is pretty simple, but it comes from an important place. He tells me to continue to work every day and not get frustrated by setbacks, because there are going to be setbacks.

Just continue to work. That’s kind of been the general message.

The proof is in the results, that he has come back and been a star in the league, an All-Star every year since he got injured. He’s been through it and come back stronger, so it gives me a lot of inspiration to see a guy go through something like that and come back so strong.

Pretty sweet to see an NBA star reach out and try to help a competitor after suffering a traumatic injury. And to do so without an agenda and without calling attention to himself really shows how solid of a dude Paul George is.