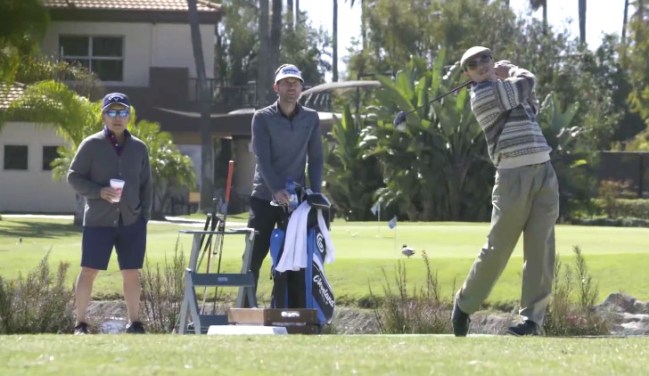 In one of the best golf pranks we’ve seen in some time, Cleveland Golf disguised two-time long-drive champion Jamie Sadlowski as an 80-year man, stuck him on the range at a country club and proceeded to blow golfers minds on the range.

Sadlowski, St. Paul, Alberta, won back-to-back championships in 2008 and 2009 on the World Long Drive circuit and never finishing lower than fifth. So you can imagine what the reaction would be to seeing a senior citizen suddenly crush a 400-yard drive. Sadlowski even broke out a trick where he hits his Launcher HB Driver from his knees and pulled off a Happy Gilmore drive further stunning onlookers.

Check out the hilarious behind-the-scenes video below.