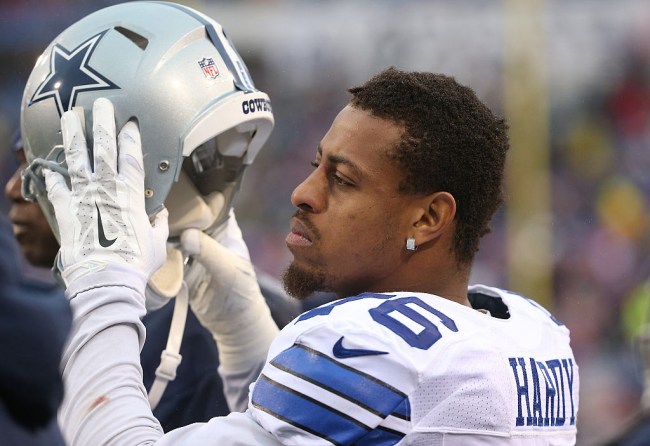 After destroying all six of his amateur and professional opponents all by way of first-round knockouts, Greg Hardy’s UFC debut was just a matter of time. And that time will reportedly be on January 19th at the Barclay’s Center in Brooklyn, New York for UFC Fight Night.

The 6’5”, 265 pound former Pro Bowl defensive lineman will face Allen Crowder (9-3), who hasn’t fought since December 2017 but who has five of nine wins by knockout. Contracts have not yet been signed, but UFC President Dana White told ESPN that the heavyweight fight, which will be broadcast on ESPN+ 1, is close to being finalized.

Here’s where things get dicey.

UFC scheduled Hardy to fight on the same card as Rachael Ostovich, whose husband faces a second-degree assault charge for allegedly beating her last month, claiming she suffered a broken orbital bone. Hardy’s professional football career was cut short in 2015 because of off-the-field issues, including a 2014 conviction in a domestic violence case. Hardy had the charges dropped after the victim failed to show up at court.

Dana White has expressed that Hardy’s checkered past will “follow him for the rest of his life” and is willing to give the 30-year-old a second chance. I think a lot of people can get on board with a rebirth, but to throw Hardy on a card that would undoubtedly garner controversy is just sloppy.

I love how the UFC is going to have Greg Hardy fighting on the same card as Rachael Ostovich. The winner that night will be tone deafness.

There was really only one fight card that you absolutely, positively could not put Greg Hardy on without making the whole situation even worse. And the UFC put him on exactly that fight card. https://t.co/YsWHoL6I1K

He's (Greg Hardy) is making his @ufc debut on the same card as Rachel Ostovich who was recently a victim of domestic violence. Not sure they (UFC) thought this one through. Just my $.02 🤔 https://t.co/4ueDxPSfPF

.@bokamotoESPN is reporting that Greg Hardy will make his UFC debut on the same Jan. 19 card that Rachael Ostovich will fight on. That’s incredibly poor judgment by the UFC and so easily avoidable.

Greg Hardy’s eventual UFC debut was always going to be controversial and met with heavy criticism. However, to debut him on the same card as Rachael Ostovich (on the first ESPN card, no less) is a dubious decision at best and incredibly tone-deaf. https://t.co/lqd8BYW9GA

Absolutely abhorrent of the UFC to schedule Greg Hardy's debut for the same card Rachael Ostovich is fighting on. Is it really possible they're that careless? Unbelievable.

Dana White has yet to respond to the uproar.
[h/t ESPN]