One Lucky Man Ended Up Winning $147,000 Thanks To Controversial Kentucky Derby Disqualification 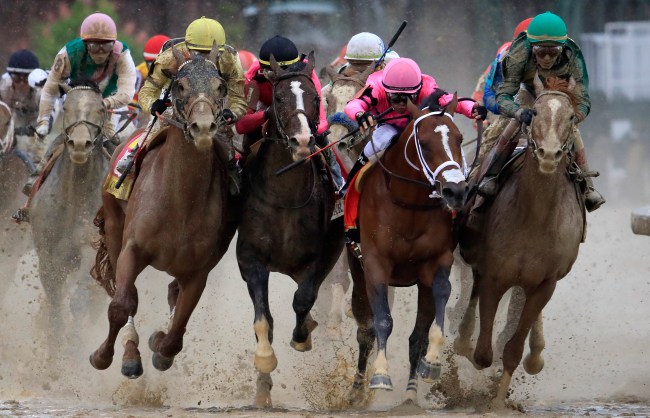 When the 145th running of the Kentucky Derby was completed at Churchill Downs on Sunday, bettors who put money down on Maximum Security to win the race were elated.

Construction sales manager Rick Broth was not one of those people, so he quickly headed for the exit after the race, jumped into his vehicle and started rolling down I-65 South.

That’s when a friend called to let him know that he miiight want to come back to the track.

The reason for that was because for the first time ever, the horse who finished second on the track, Country House, ended up being declared the winner when Maximum Security, the horse who crossed the line first, was disqualified.

In a stroke of never-before-seen good fortune at the Derby, Broth had bet on 65-1 long shot Country House to win, and Code of Honor, who was bumped up to second place due to the DQ, to show.

So, not only did Broth win more than $47,000 with his bets, he also took home an additional $100K as the winner of a high-stakes handicapping challenge called the Kentucky Derby Betting Championship, reported Yahoo! Sports.

One guy who loved the @KentuckyDerby DQ was Rick Broth, whose Country House – Code of Honor spurred him to KDBC glory pic.twitter.com/GHUp0Unbsr

“I went from being the biggest loser that ever lived to a great story,” said Broth after his unexpected windfall. “I couldn’t believe it. I was like, ‘Are you kidding me?’ I’ve been taken down 100 times at the track for big money, so to be put up is just unbelievable.”

While the news was great for Broth, reportedly more than $42 million was lost by bettors because of Maximum Security’s disqualification.

For what it’s worth, the owner of Maximum Security, Gary West, seemed to admit on Monday’s Today show that his horse did commit the foul that led to the DQ.

“I obviously saw the horse move out, but in the Kentucky Derby where you’ve got 20 horses, and you shouldn’t have 20 horses in the Kentucky Derby. Churchill Downs, because they’re a greedy organization, has, rather than 14 horses like you have in the Kentucky Oaks, the Breeder’s Cup, every other race in America, just because they can make more money, they’re willing to risk horses’ lives and people’s lives to do that. I’m not a fan of that. I think they ought to have 14 like every other race. But yes, I saw the horse move out,” West told Savannah Guthrie and Craig Melvin. “Every Kentucky Derby you could sit down two or three or four horses if you wanted to, because it’s like a rodeo out there.”

West also said he will file an appeal on Monday, even though Kentucky Horse Racing Commission rules do not allow for one, and hinted if an appeal wasn’t heard a lawsuit may be forthcoming.

“If the state racing commission refuses to hear about it, I think this is something that’s big enough that the entire racing world is looking at this,” West said on Today. “And I think they deserve an opportunity to really know what was going on.”