Legendary Hall Of Famer Hank Aaron Passes Away At 86 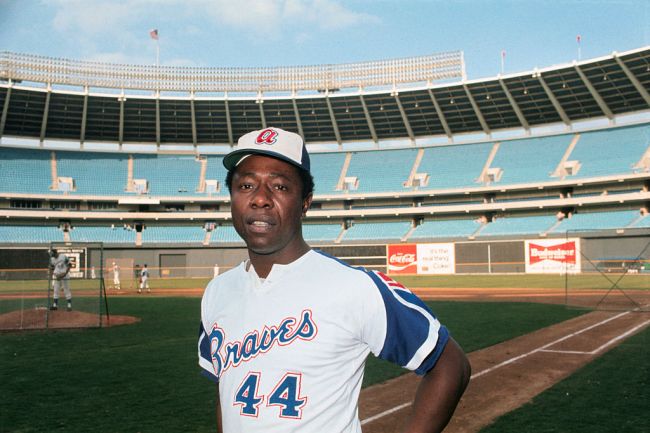 The Mobile, Alabama native made his Major League debut at 20-years-old and put together one of the greatest careers the game of baseball will ever see over the next 23 years. He was named league MVP in 1957, which was also the year he won his lone World Series with the then Milwaukee Braves as they topped the Yankees in seven games. He drove in 132 RBIs that year to go along with 44 home runs. Over the next 17 seasons of his career, he managed to hit at least 24 home runs each season.

Hank Aaron’s lasting legacy extends far beyond the field, but what Hammerin’ Hank did with a bat was remarkable. 🙏

The legendary Vin Scully was on the call for his historic 715th home run: pic.twitter.com/O5h93QrI3S

In 1974, Aaron broke Babe Ruth’s long-standing home run record of 714 career home runs. He would finish his career with 755 total dingers. Barry Bonds eventually broke his home run record having tallied 762 homers in his career. Aaron holds the all-time record in career RBIs with 2,297 and total bases with 6,856 after playing in a total of 3,298 games.

Aaron was elected to the Baseball Hall of Fame in Cooperstown in 1982, six years after he retired from the game.  In 1999, MLB introduced the Hank Aaron Award to recognize the best offensive players in each league. Aaron was also awarded the Presidential Medal of Freedom in 2002 by George W. Bush.

Boxing legend Muhammad Ali once called Hank Aaron “the only man I idolize more than myself.”