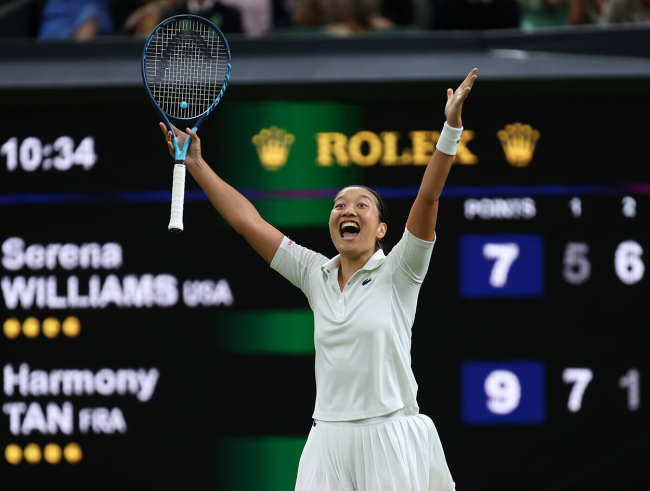 Tamara Korpatsch and Harmony Tan were set to compete in the women’s doubles competition at Wimbledon this week. That is no longer the case and Korpatsch is not happy.

On Monday night, Tan stunned Centre Court by taking down Serena Williams in a first-round singles match that lasted more than three hours. She will face Sara Sorribes Tormo in the second round of the singles tournament on Thursday.

After beating Williams and advancing as a single, Tan pulled out of the doubles competition and cited a thigh injury. The decision came ahead of a scheduled match with against Nadiia Kichenok and Raluca Olaru.

Korpatsch was FURIOUS that Tan withdrew.

She had lost in the first round of the singles and was looking forward to competing for a Wimbledon championship with Tan.

On Wednesday morning, Korpatsch went off on her partner on Instagram. She said that Tan let her wait a full hour at the court before letting her know that she pulled out.

In addition, Korpatsch said that Tan was the one who asked her to be partners at Wimbledon. Tan was then the one to pull out, even though she was extremely excited to compete in her first doubles competition at the biggest tournament in tennis. To close out her rant, Korpatsch took a shot at Tan and said that if she was truly left “broken” after her three-hour match with Williams, then she should not be playing professional tennis.